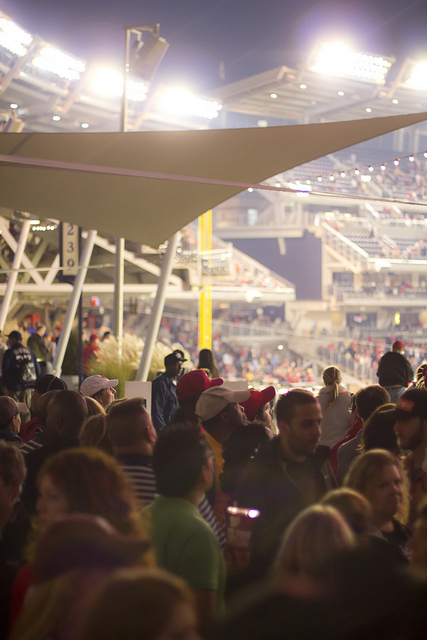 “The Washington Nationals will begin their Postseason run when they host Game One of the National League Division Series on Friday, October 3 at 3:07 p.m. at Nationals Park. The game will be televised exclusively on FOX Sports 1.

A limited number of Standing Room Only tickets for this NLDS matchup will go on sale at the Nationals Park Box Office on Friday at 9:00 a.m. Tickets will be sold on a first-come, first-served basis and fans can purchase up to two tickets per customer. Each ticket will be $30 and grandstand seating will not be available for purchase day-of-game during the Postseason. Fans should be sure to check that they bring the correct NLDS ticket to Friday’s game, as anyone with an incorrect ticket will not be admitted into the ballpark.”