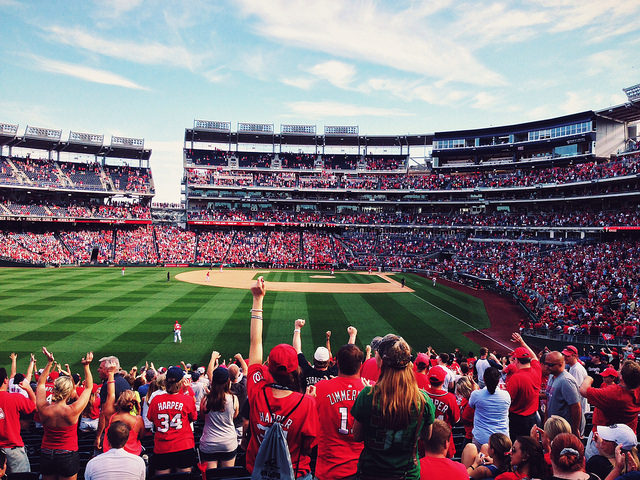 “The Washington Nationals announced today that tickets for potential Postseason National League Division Series games at Nationals Park will go on sale to the general public on Monday, September 22 at 10 a.m. A maximum of four tickets for each game may be purchased either online at nationals.com/postseason or by calling 888.632.NATS(6287) on a first come, first served basis. Tickets will be unavailable for purchase at the box office.

In addition, the Nationals Park Box Office will sell a limited number of Standing Room Only tickets the day of each postseason game, subject to availability. Grandstand seating will not be available for purchase day-of-game during the 2014 Postseason. In the event the Nationals qualify, National League Championship Series and World Series single game tickets will go on sale in the coming weeks, based on availability.

Season Plan Holders and NATS PLUS members received information regarding their opportunity to purchase single game Postseason tickets earlier this month. Fans only have a few more days to place a deposit on 2015 full season ticket plans and receive 2014 Postseason ticket purchase priority before tickets go on sale to the general public.

The Nationals could secure a Postseason berth as early as this week, as the team’s magic number to clinch the National League East is four.”