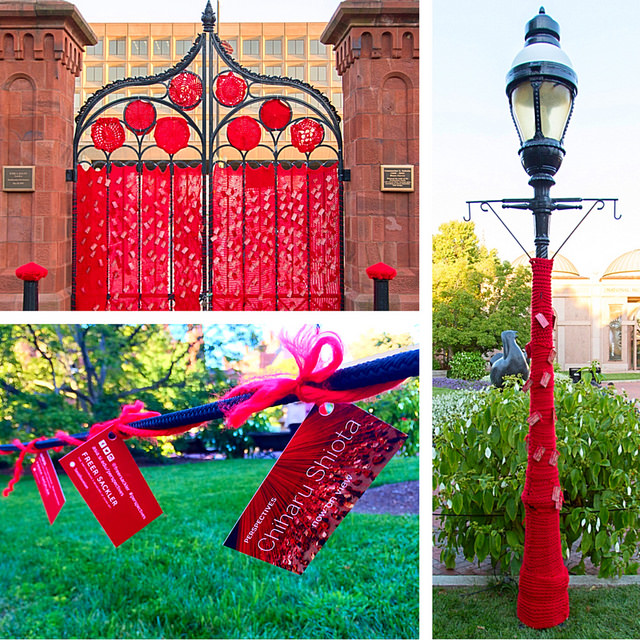 Thanks to a reader for sending while I was gone last week.

“Opening this weekend in the Arthur M. Sackler Gallery is an installation by contemporary Japanese artist Chiharu Shiota, whose art uses everyday objects such as yarn, shoes, and keys to create room-filling works that have deep personal meaning. In her installation, called Over the Continents, she used 350 donated shoes and 4 miles of the same shade of red yarn used in the yarn bomb. Part of the Freer|Sackler’s Perspectives series of contemporary art, Shiota’s work will be on view for the next year. The yarn bomb, unfortunately, can only stay up through Labor Day.

The yarn bomb was installed the evening of August 28 and revealed early in the morning on August 29, the day before Perspectives: Chiharu Shiota officially opened to the public. We had been knitting for about two weeks to create all of the pieces.”

Ed. Note: I missed a bunch of cool/notable stuff last week while I was on vacation – I’ll try to play catch up and post the good stuff the rest of this week – if you think I missed something really big – please send an email to princeofpetworth(at)gmail – thanks!