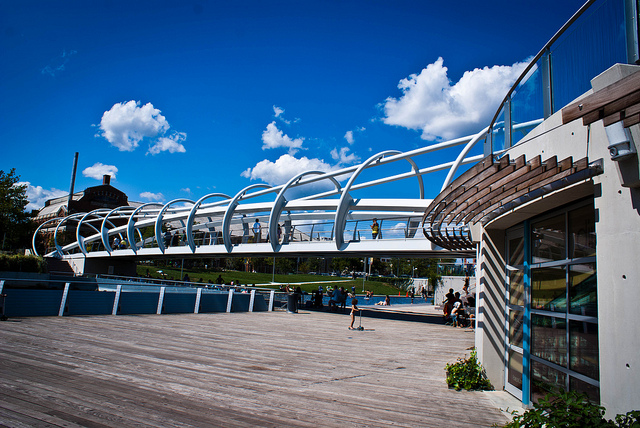 “WHAT: The third installment of DC’s monstrous beer festival is returning to Yards Park this year. Snallygaster, named for the fearsome and toothy mythical beast said to terrorize the region at the turn of the century, is a beer festival that unleashes the most sought after selection of beers and benefits Arcadia Center for Sustainable Food & Agriculture. This year, Snallygaster is once again setting new heights tapping no fewer than 250 unique craft beers against a backdrop of fine foods from the area’s top toques and food trucks, music, entertainment, games, family-fun and more.

Beer Director Greg Engert, the man behind the beer programs at Bluejacket, Birch & Barley, ChurchKey, GBD, Rustico and more, will of course be curating the beer list once again for Snallygaster III, and each of his nearly 250 picks will be announced as we approach the big event. Guests can expect a sea of the scarcest and most delicious ales and lagers on draft, including a growing number of breweries and brews rarely–if ever–available in the District, all sourced from from the very best local, domestic and international craft breweries. In addition, we will feature an exciting array of autumn seasonals, German style and German-inspired beers, a huge collection of cask ales, assorted barrel-aged brews, craft cans, Franconian gravity-poured/rubber-clad kegs, brand-new Bluejacket small batch releases, and even an artisanal cider garden.

WHERE: The Yards at Capital Riverfront
The Lot located on First St SE & N St SE
Across from Nationals Park (1 block from the Navy Yard metro)

DETAILS: To ensure attendance & take advantage of these special offers, guests are encouraged to buy in advance. Two advance ticket packages are now available online. The Hydra at $30 includes 1PM entry through will-call, admission, 25 food + drink tickets, and a custom Snallygaster 2014 beer mug. The Goliath (the VIP ticket) is $50 and includes 1.5 hours of early access with a 11:30 AM entry through will-call, admission, 25 food + drink tickets, a custom Snallygaster 2014 beer mug, plus a discount to the merchandise tent. There are limited number of Goliath & Hyrdra tickets available. The Goliath pass is the best chance to experience some of the rare small batch brews that Engert is securing for the festival.

These ticket packages are only available online and in advance. Admission at the door is $10 on the day of the event, 100% of which will be donated to Arcadia. Tickets for food and beverages will be sold throughout the venue. $1 = 1 ticket. Full beers will be priced from 5-9 tickets on average, tasting portions from 3-6 on average. This is a family friendly event and children will be admitted free. You must be at least 21 years of age and have a valid ID to consume alcohol, no exceptions. Cash and credit will be accepted.”