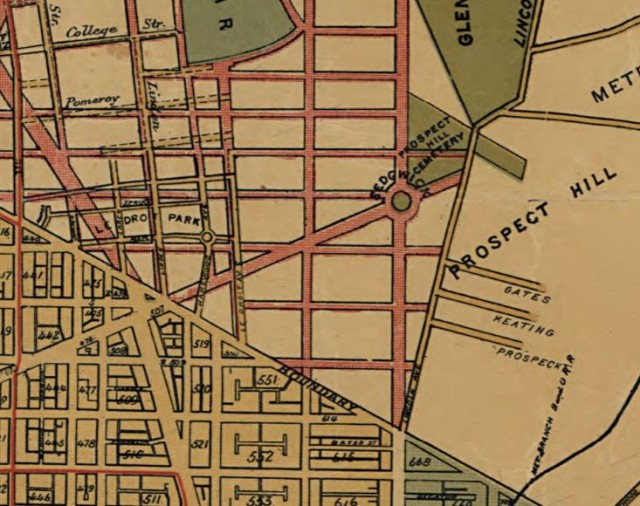 Living in Bloomingdale, I always hear of “Truxton Circle” on North Capitol and Florida Ave that was demolished, and longed for its return. Looking at the old pictures of the park and fountain makes one wonder why it was sacrificed instead of saved like Dupont and others. I was unaware of how many other circles were in DC and were demolished over the years. I ran across a circle in Bloomingdale on an 1887 map of DC that I had never heard of. It was at Rhode Island Ave NW, U Street NW, and North Capitol Street It was called Sedgwick Circle and Rhode Island Ave actually ended there and did not continue on into North East.

I wonder if anyone has any info on Sedgwick Circle?”

Ed. Note: On flickr an image of the same map uploaded by scenicartisan says:

This is the intersection of Rhode Island Avenue and North Capitol, currently an overpass. the red lines indicate PROPOSED streets. I assume this circle was never realized.” 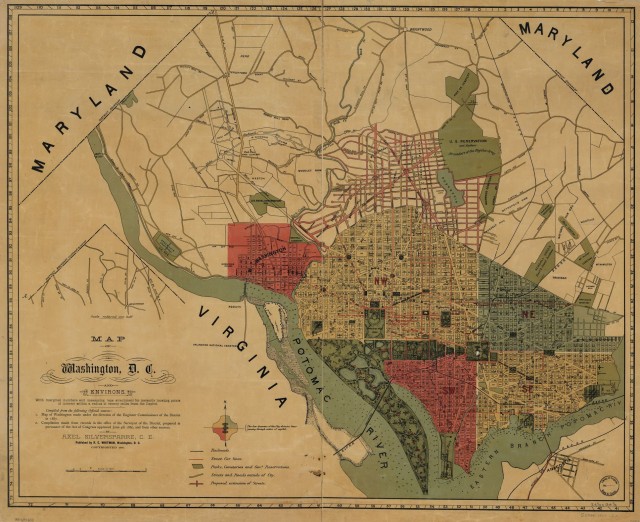