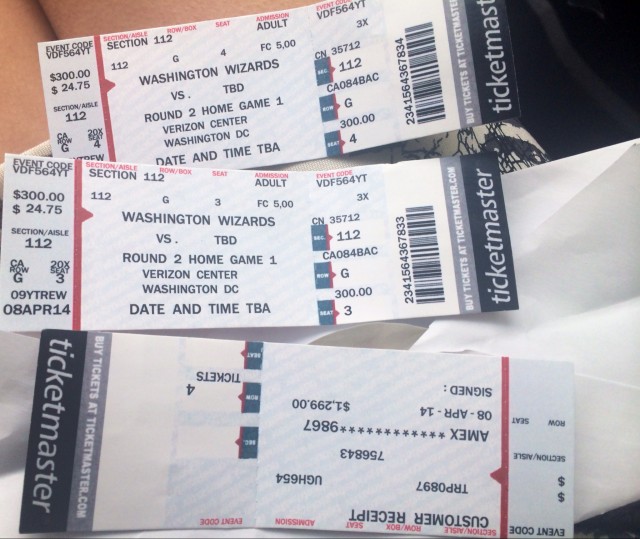 Just wanted to let you know about a fraud case I was involved in earlier today. I met someone from Craigslist at 1pm and purchased two tickets to Friday nights Wizards game. I met the kid at the foggy bottom metro station. As I was walking back to the office, I realized that I had been scammed. So I emailed him from a different email account and pretended to be a different person. He agreed to sell me the exact same tickets that I had just bought. So I called the police and officer G Burgess came and met me. Then we got a plain clothes officer to meet us and they arrested him. The guy is 17 years old and going to be tried as a juvenile. He was taken to juvenile processing.

Apparently, he handed off the $300 I gave him immediately after I paid him. So by the time he was arrested, he didn’t have the money. Here are pictures of what the tickets look like that he sold me.

Someone has now posted a warning message letting people know that they ONLY have electronic tickets to the playoff games and that anyone who tries to sell hard tickets is scamming you.

Heads up to others buying tickets off Craigslist.