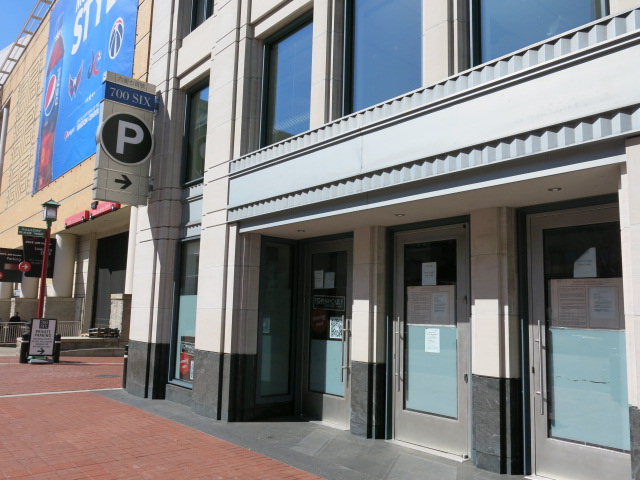 Back in early April we learned the once planned for Townhouse Kitchen and Bar by the Verizon Center would become Penn Commons instead:

“Opening is slated for late summer. The restaurant and bar will be similar to the group’s already successful District Commons restaurant at 2200 Pennsylvania Avenue NW.”

Now they’ve applied for a liquor license which says:

Wow, didn’t realize it’d be that big inside – looking forward to seeing how it turns out.

Next
Dear PoPville – Has Anyone Resolved a Bed Bug Issue Permanently?