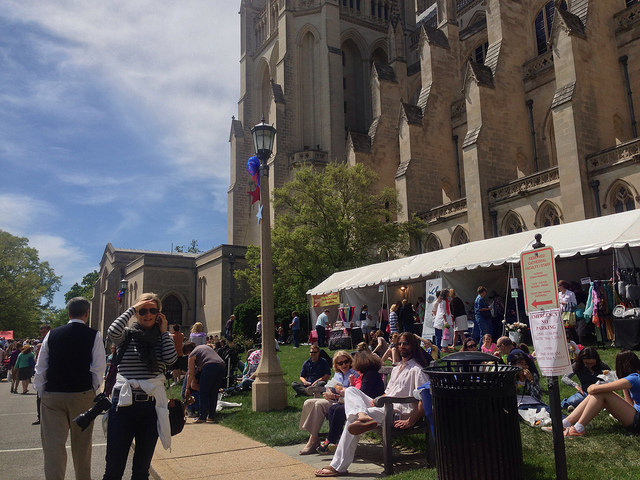 WHERE:
On the grounds of Washington National Cathedral
Wisconsin and Massachusetts Avenues, N.W.

GETTING THERE:
There is parking in the Cathedral garage, and shuttle buses will run from Tenleytown Metro stop on both days. Any #30 series bus, as well as Old Town Trolley, stops directly in front of the Cathedral.

With less than two weeks until the opening of Flower Mart 2014 celebrating its Diamond Jubilee, National Cathedral is thrilled to announce just a few of the unique performing groups and entertainment options featured throughout the two-day extravaganza

• 1890s Carousel: one of one only two wooden carousels in the United States with hand carved figures. The Caliola, which supplies the music, was manufactured by Wurlitzer in 1937 and one of only seven band organs made with brass pipes.