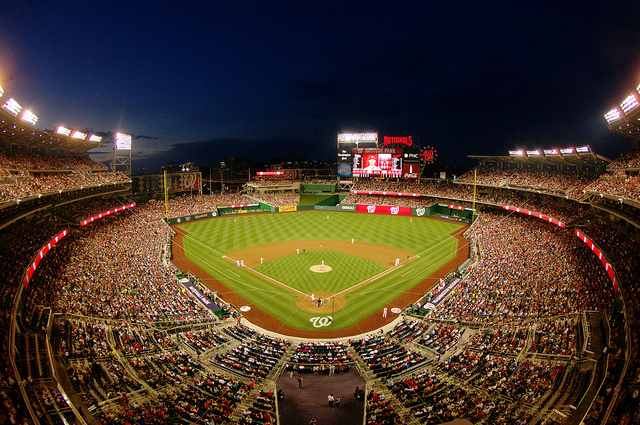 “Seven new members of the Washington DC Sports Hall of Fame will be honored during pregame festivities prior to the Washington Nationals series finale against the San Diego Padres on Sunday, April 27 at Nationals Park. This year, the renowned sports club will enshrine the following inductees:

These honorees were selected based on their outstanding contributions to the world of sports, thereby bringing honor and recognition to the Nation’s Capital. They will join a select group of Washington-area standout athletes and sports personalities already in the Hall of Fame, including Sammy Baugh, James Brown, Dominique Dawes, Josh Gibson, Walter Johnson, Sonny Jurgensen, Morgan Wootten, Bob Wolff and many others.

Each new inductee will receive a Washington DC Sports Hall of Fame plaque commemorating their induction during the pregame ceremony, and their names will be added to the large Hall of Fame display at Nationals Park, located on the side of Garage B facing the field.”