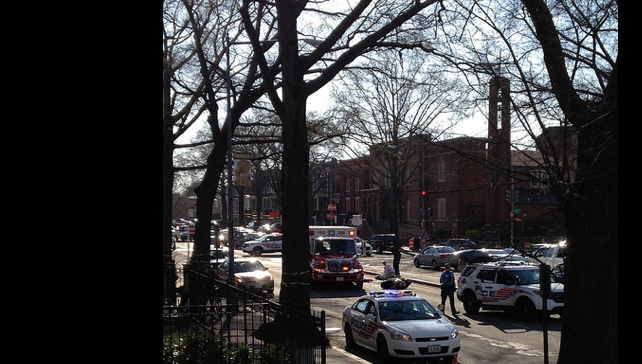 A reader first sends word and the photo above via email around 5:30pm: “Sadly, it looks really serious.” 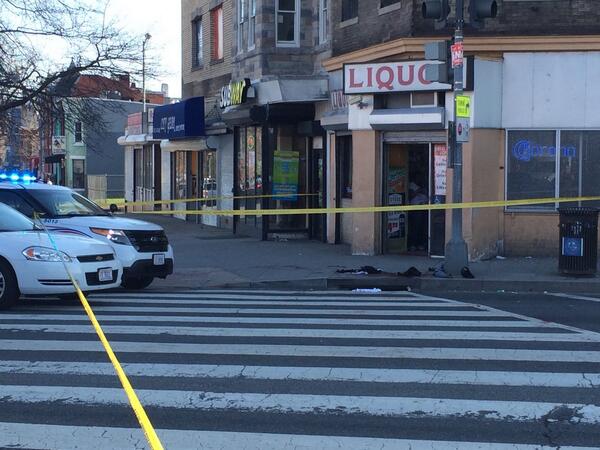 “heard it was a carjacking suspect, had police in pursuit. I think a scooter though, not motorcycle.”