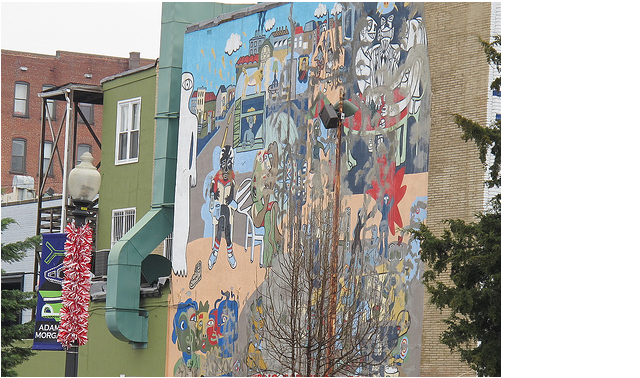 Great news about the damaged mural at at 1817 Adams Mill Road, NW. It’s gonna be restored to it’s former glory. From the Adams Morgan BID:

“One of the oldest surviving murals in Washington, DC will get some much needed attention this Thursday when local artist Juan Pineda begins restoration work on “Un pueblo sin murals (“A people without murals.”)

The mural is located on the northwest facing wall of the Kogibow Bakery at 1817 Adams Mill Road, in Adams Morgan. It was originally designed by Chilean artist Carlos (Caco) Salazar as a project of the Centro De Arte nearly 40 years ago.

“The mural is made up of messages depicting struggle” says Juan Pineda, who believes that saving the mural means saving the story it tells about the immigration experience. “It’s important artistically, but culturally and historically as well.”

Kristen Barden, Executive Director of the Adams Morgan Partnerhip, adds “This is truly a community effort. The individual and organizational support behind this project shows how important it is to Adams Morgan. It’s a source of pride here.” 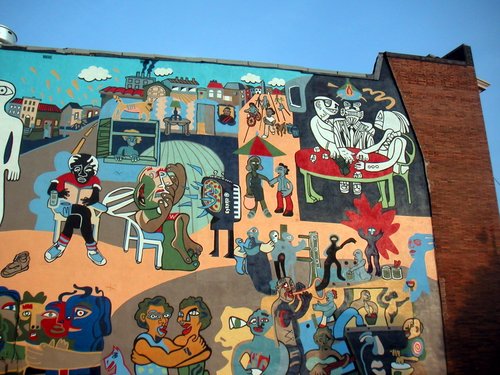