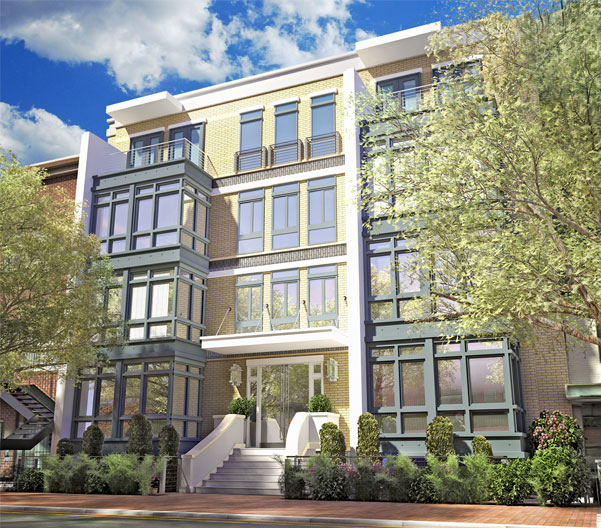 “Just two blocks from the Shaw Metro station in northwest Washington, DC, locally-based boutique real estate developer Community Three Development has topped out its latest project: a 22-unit condominium building with contemporary flair and an exhaustive list of energy efficient and sustainable building features. Centrie, located at 435 R Street, NW, is scheduled to deliver in May 2014 and will be the first new condo development of its size in Shaw in over a decade.

Urban Pace, which provides innovative sales and marketing services to real estate developers in Washington’s urban neighborhoods, will begin pre-selling Centrie’s one- and two-bedroom condominium residences shortly, with prices beginning in the $300,000’s. “The Centrie is just the kind of project we love, offering buyers the benefits of home ownership and a chance to live in one of the city’s most dynamic sectors,” said Lynn Hackney, President, Urban Pace.

“The name Centrie developed to represent the spirit of the place, not just because it’s practically at the center of everything, with direct access to Washington’s hippest neighborhoods, but also because ‘centrie’ is an urban term referring to something original, cool, poetic, inspiring, intelligent, sincere, unique, and classy – just like the people who will live here,” said Grant Epstein, President of Community Three.

Community Three acquired the site and its long-vacant one-story building, formerly occupied by a dry cleaning operation, in 2012. Before demolishing the old structure and commencing construction of Centrie in 2013, the company completed an environmental remediation program that included cleaning the soil, improving storm water filtration, lowering overall levels of airborne chlorofluorocarbons, and removing groundwater impurities from the site and surrounding areas. “We are proud to be repurposing what was a derelict, long-neglected commercial storefront with a careful infill strategy and sensitive site restoration, ultimately allowing this site to play an important role in the continued transformation of Shaw and the city at large.”

Epstein, an architect who formerly worked at the renowned architectural firm Torti Gallas and Partners, and his team designed the building after seeking extensive input from the local community. The 22 residences, 13 of which will have private outdoor terraces, will feature floor-to-ceiling windows, white modern cabinetry, solid quartz countertops, hardwood floors, solid-core doors, custom tiling, and insulated aluminum windows among countless other high quality finishes. Unlike many low-rise multifamily buildings in the area, Centrie will also offer elevator access and private parking along with secure bicycle storage for every resident.” 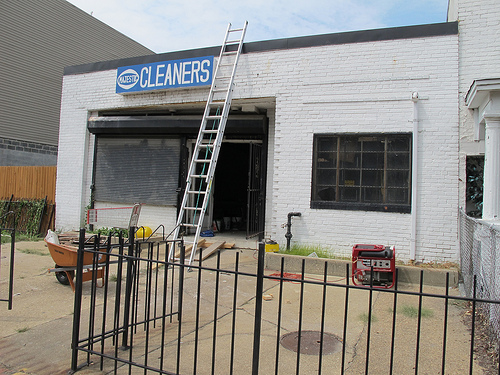