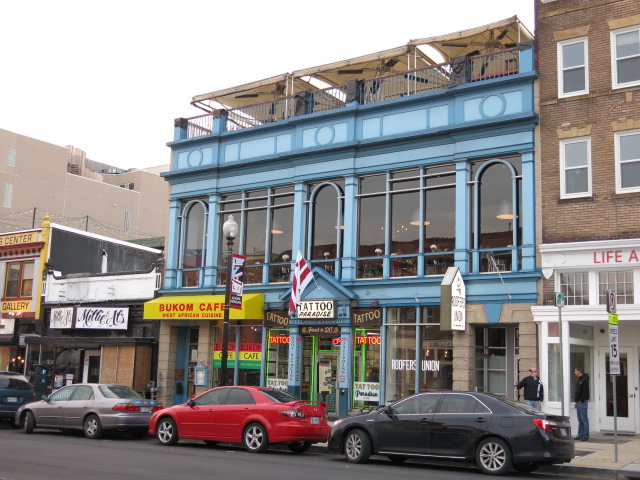 A few weeks ago we took a pre-preview of Roofers Union located in the former Reef space. They’ve now opened – here’s lots of details from a press release:

“Roofers Union (2446 18th St NW; 202-232-7663) is now open in the heart of Adams Morgan where Executive Chef Marjorie Meek-Bradley is serving inventive tavern food starting at 5pm daily, alongside an innovative cocktail program and an impressive list of local draft beers and wines.

Just steps from Columbia Road, in a loft-like setting with floor to ceiling windows overlooking lively 18th street, the team behind popular Ripple is dishing up hand stuffed sausages on house made pretzel rolls. Maintaining a menu of sustainable cuisine, Marjorie works closely with Border Springs Farm and Autumn Olive Farms to source whole animals. A variety of sausages including the andouille corndog with cheddar whiz, the spicy Italian with peppers, onions and melted provolone and the chicken sausage with wild mushrooms and taleggio arrive on the table after five days of preparation. Her process begins by breaking down the proteins, grinding, stuffing, and hanging the sausages before they can be loaded with house made condiments or vegetable toppings, served hot with perfectly thin, crisp potato chips. A host of stacked sandwich options like the fried chicken thigh with sriracha honey and the BLT with fried egg on a sourdough bun, elevate classic American food. Not to be overlooked is a delicious assortment of snacks including trotter arancini with garlic aioli dipping sauce, veal sweetbreads po’boy and cauliflower served with mint and pine nuts.

The menu, which has evolved since quietly opening earlier this week, reflects initial customer feedback that focused on the need for an impressive bar program to accompany it. Cocktail master Josh Fatemi masterminded the cocktails ($10-$11), which are named after songs from his favorite bands. A Texas native and longtime musician, Fatemi serves up David Bowie’s “China Girl,” which uses mandarin shrub along with St. George Terroir gin, Zirbenz pine liqueur, lemon juice, Champagne and rosemary garnish. The Radiohead inspired “Punch up at a Wedding” is a spin on classic picon punch and the “I’m Old Fashioned” is named for John Coltrane’s popular record, combining two ageless cocktails, the old fashioned and sazerac using Rittenhouse Rye, spiced gomme syrup and orange oil poured over a perfectly clear, large chunk of ice. Though just opened, the team is already looking to build their small batch bourbon and rye program and will incorporate them into future cocktails.

An impressive 22 taps allow Beer Monger Dave Delaplaine to have some fun with the selection of beers, which includes 10 local drafts ($6-$12) from breweries like 3 Stars, DC Brau, Atlas, Port City, and Lost Rhino. Delaplaine has something for everyone, rotating in some funky seasonal beers as well as two non-pasteurized, non-carbonated cask conditioned ales, as well as gluten free and non-alcoholic options.

Not to be outdone, the wine list is growing daily and features 12-16 wines by the glass ($8-$18) at any given time. Ciders, normally relegated to the corner of the menu, have a place to shine at Roofers Union, which will feature three by the glass regularly.

For this neighborhood restaurant managed by Daniel Lobsenz, everything started with the sausages and was further inspired by the beautifully renovated space, designed by owner Roger Marmet’s wife Betsy Marmet. Named for its gorgeous rooftop deck, opening in March, Roofers Union hopes to provide a sense of community for neighbors and their friends and families. Plans for the future include happy hour and brunch. Reservations are accepted.”

You can see the full menu here: 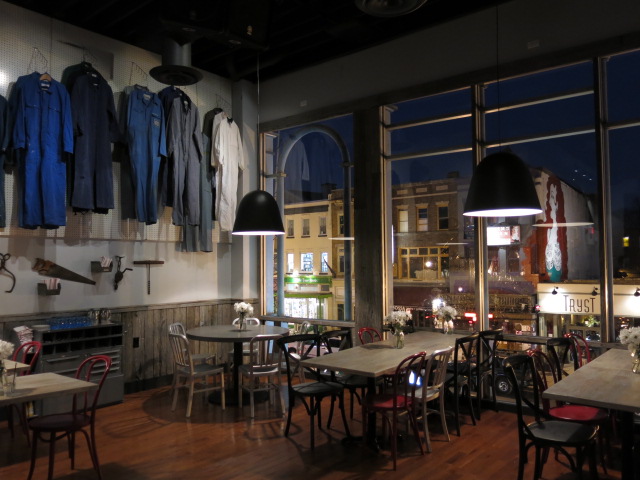 Lots more photos and the cocktail menu after the jump. 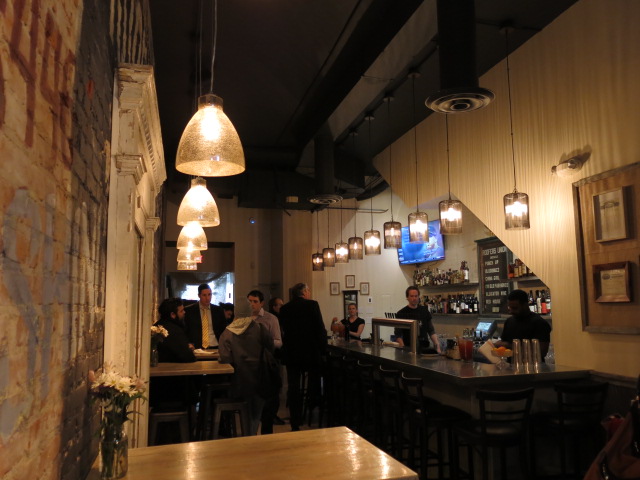 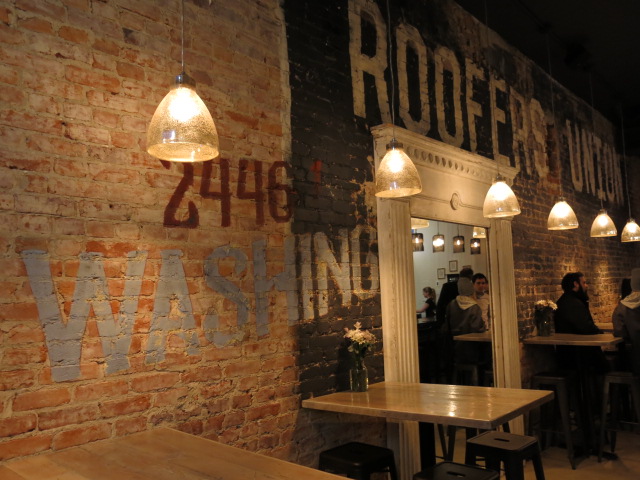 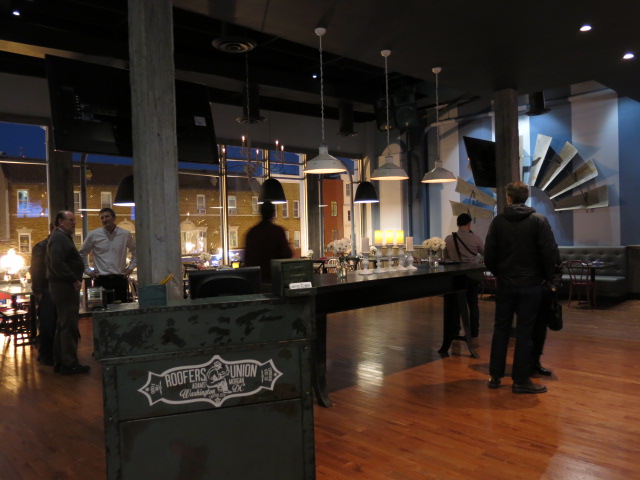 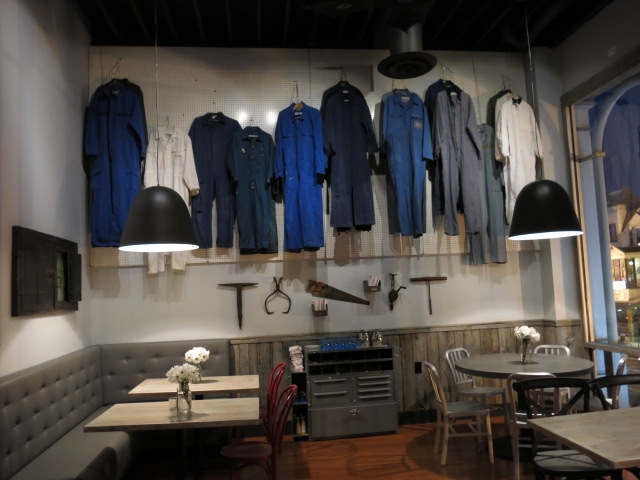 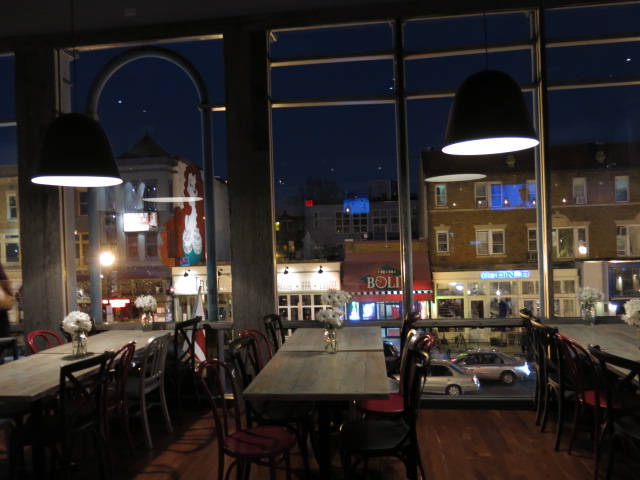 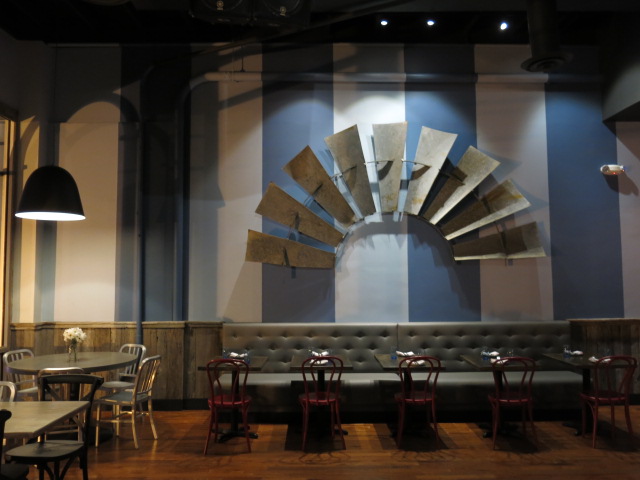 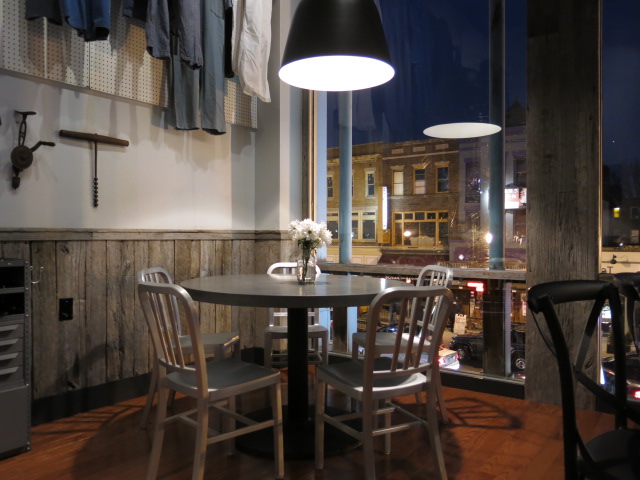 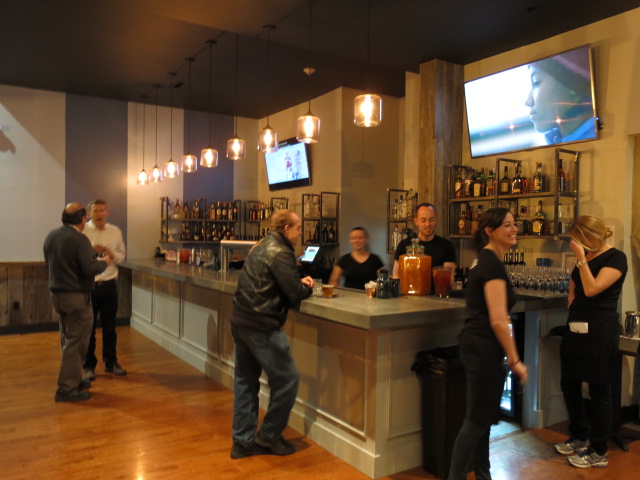 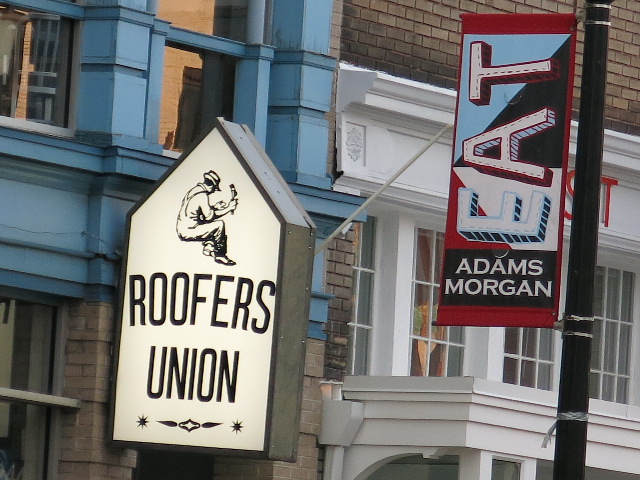 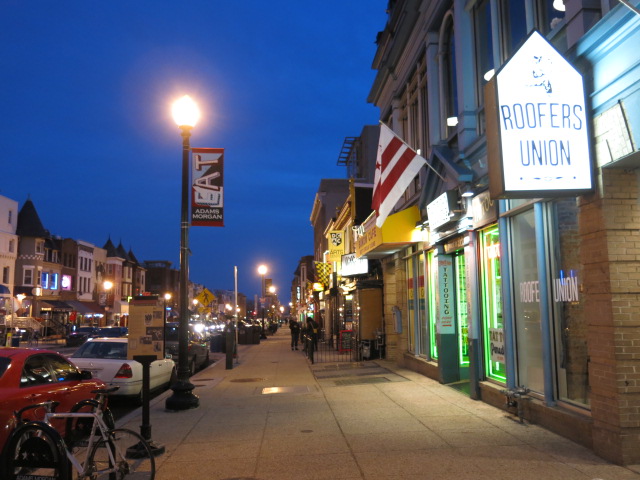 Read more →
More Stories
First Look at a Rendering of The Shay Coming to 8th and Florida Ave, NW in Shaw2nd Fashion Clothing Swap on Wednesday, February 19th at 6pm at Mellow Mushroom in Adams Morgan