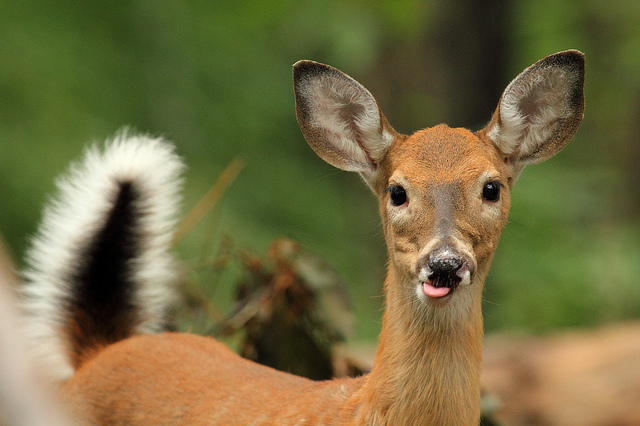 “The window allows them [sharpshooters] to do it any night between January 2, 2014 and March 31, 2014 between 9:30 p.m. and 4 a.m. Roads will be closed when any sharpshooting is underway. Any deer killed will go to homeless shelters and places to feed the needy. The target is to kill 106 deer during the three-month window, but getting the population down to the goal of 15 to 20 per square mile will take several years.”

Ed. Note: Earlier this week we learned of a $1000 reward offered for info leading to the arrest and conviction of the person who shot a deer with an arrow in SW.

Read more →
More Stories
Dear PoPville – How Do I Get Rid of this Illegally Parked Boat?Photos from PoPville – The Mt. Pleasant Peace Signs