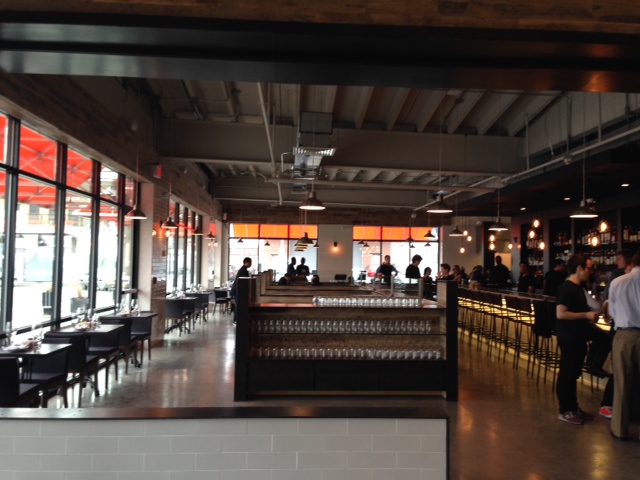 Union Market’s newest restaurant is about to open at 1309 5th Street, NE in NoMa. From a press release:

Bidwell’s motto and mantra is “Responsibly Sourced”, acknowledging the heritage of American cuisine and the offerings of neighboring artisanal Market vendors. The restaurant is named after General John Bidwell, a general in the U.S. Army in the 1800’s, a United States Presidential candidate in 1892, and founder of Chico, California. He was an avid farmer known for developing the Bidwell heirloom melon, a gold medal winning flour, and is credited for California’s first commercial raisin crop. Much of the produce served at Bidwell will come from its own crop of fruit and vegetables grown in over seventy aeroponic planters on the roof of Union Market; this is literally roof to table cuisine.

Designed by New York architectural firm GRADE, this expansive 120-seat restaurant will represent a perfect pairing of modern and historic industrial elements, GRADE’s way of acknowledging Union Market’s storied past while creating an enticing environment for its future guests. Design elements such as its strong lines and white tile lining the bar are balanced by aesthetically softer details including a sprawling white and beige marble countertop, reclaimed wood and charming lighting fixtures reminiscent of a time long ago. Its open kitchen with spacious Chef’s counter and additional outdoor seating will create a casual, social atmosphere in the midst of the bustling Market.

Chef John Mooney has traveled the world as a chef, honing his craft around a variety of cultures and cuisines. DC diners were the first to discover John, at Red Sage and then Raku. Following his time in D.C., Mooney launched the W Hotel New York’s flagship restaurant Heartbeat, where, as executive chef, his love for serving seasonal, fresh, and organic produce grew. In 2004, he was appointed corporate consulting chef of India’s Taj Hotel group, where he opened the country’s first organic restaurant, PURE by Michel Nischan. In 2008, at Highland Manor in Florida, he began aeroponic gardening. These practices were ultimately brought to the ultra-seasonal menu (and the rooftop) of his New York City West Village restaurant Bell, Book & Candle, where Mooney was named a 2011 StarChefs.com Rising Star Sustainability Chef. Bidwell will be an embodiment of his commitment to serving delicious, creative, naturally sourced American food. 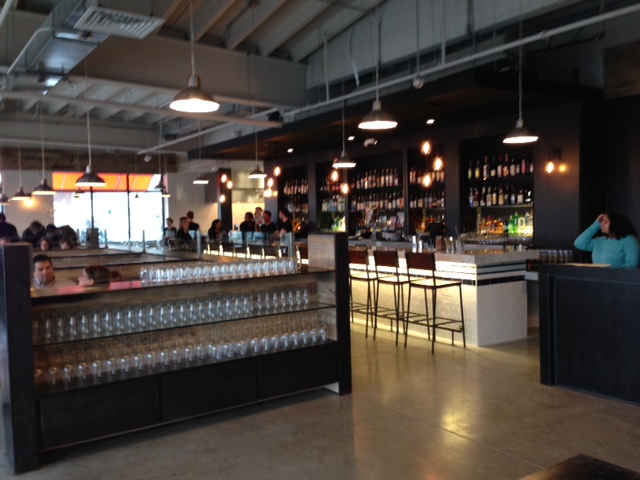