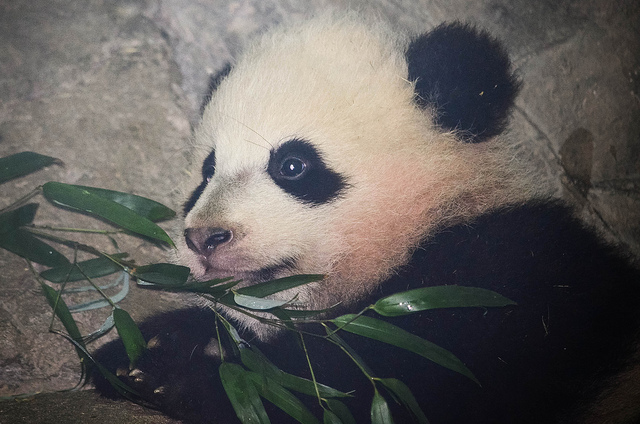 “Bao Bao is proving to be most active in the early mornings and in the mid afteroon. Today she and Mei Xiang enjoyed an extended play session inside the panda house. Bao Bao pounced on Mei’s head several times and even wresteled with a stalk of bamboo. All the excitement wore her out, and she was sound asleep in the den about an hour later.

Bao Bao’s debut for the general public is Saturday, Jan. 18. The panda house will extend its hours in an attempt to accommodate the visitors expected to come see Bao Bao. It will be open from 8 a.m. to 4:30 p.m. from Jan. 18 through Jan. 20, and visitors will be allowed into the house in small groups to avoid overcrowding on a first-come, first-served basis. Bao Bao and Mei Xiang will have access to the den during those times, and may choose to spend time in it instead of on exhibit. Beginning Jan. 21 the panda house will open to FONZ members only from 8 a.m. to 9:30 a.m. At 10 a.m. the panda house will open to the general public.” 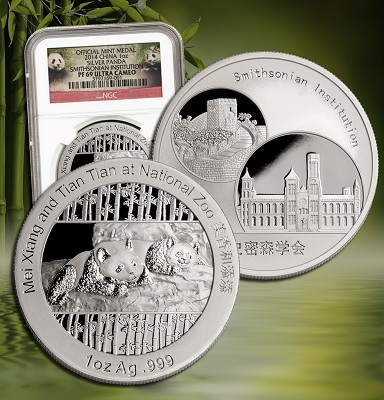