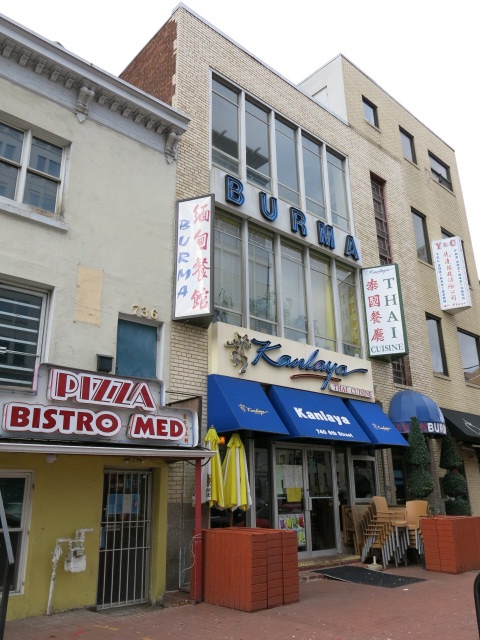 I wanted to spread the word that today is Burma Restaurant’s last day. Dinner is from 6 pm-10 pm tonight, first come first serve. Burma was the first restaurant I went to when I moved to DC more than 6 years ago, and I’m sad to see it leave.”

“We are the premier Burmese restaurant in the metro DC area. This restaurant introduced Burmese food to the nation’s capital. The Burma serves authentic, regional cuisines from the Southeast Asian country. Delicious noodles and curries, salads and appetizers, vegetarian and meat dishes. Since opening it has been the winner of Washington Best Bargain Award, winner of Washington Cheap Eats 10 years in a row and reviewed by area’s top publications. Popular gathering place for scholars interested in the country. Monthly meeting place for Chinatown business networking.

Owing to the geographic location of Myanmar, Burmese cuisine has been influenced by China, India and Thailand. The diversity of Myanmar’s cuisine has also been contributed to by the myriad of local ethnic minorities. Burmese cuisine is characterized by extensive use of fish products like fish sauce and ngapi. These salads have always been popular as fast foods in Burmese cities.”