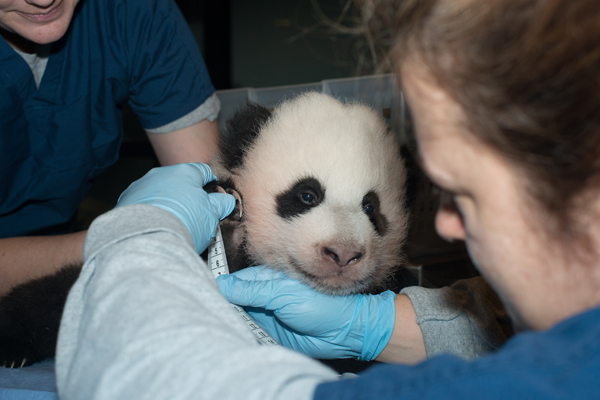 “Today was another weigh-in day! The cub now weighs 10.8 pounds (4.9 kilos). And keepers have noticed that she is responding to the noises she hears. When the keepers enter the den to take her for weights and measurements, she orients herself toward them. They also have been talking more when they are around her, which they hope will make her more familiar with their voices. So far they have just been referring to her as “cub” or “baby,” but soon the cub will have a name!

Today is the last day to rock the vote for the cub’s name! Add your vote to the more than 115,000 votes that have already been cast. The cub’s name will be revealed at a ceremony on December 1, which will be open to the public.”