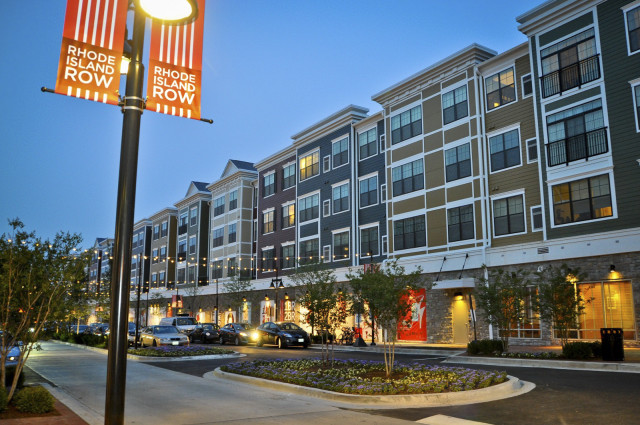 D.C. area pizza purveyor Mark Bergami’s next move is bringing him to Rhode Island Row in Northeast D.C., where he will debut his entirely new restaurant, “Bergami’s,” this spring.

This is Bergami’s first time owning a restaurant, but his pizza pedigree is extensive. Prior to Bergami’s, he was involved with Bethesda’s Haven Pizzeria, whose New Haven-style pies received raves from Tom Sietsema of the Washington Post, as well as Washingtonian and Bethesda Magazine, among others.

The fast casual restaurant will let customers choose their crust, sauce and toppings, then watch their artisan pizza be constructed and baked to perfection in a special 90-second oven. Bergami’s will use fresh, healthy ingredients and serve natural sugar sodas, craft beers, wines, and made-to-order coffee drinks (menu attached). Bergami also unveiled that the new restaurant will offer a revolutionary “carb-less pizza” featuring a crust made of cauliflower. “My wife was the biggest critic of the idea before trying it, but now she absolutely loves it,” Bergami said of the unusual recipe.

Bergami’s choice of Rhode Island Row is evidence of a growing eastward development trend: Increasingly, businesses see Northeast as the place to build to get ahead of the real estate curve. Bergami was impressed by the development’s positive atmosphere, a crucial element to the success of a restaurant, and he designed his restaurant concept explicitly for Rhode Island Row.”

Check out the menus after the jump. 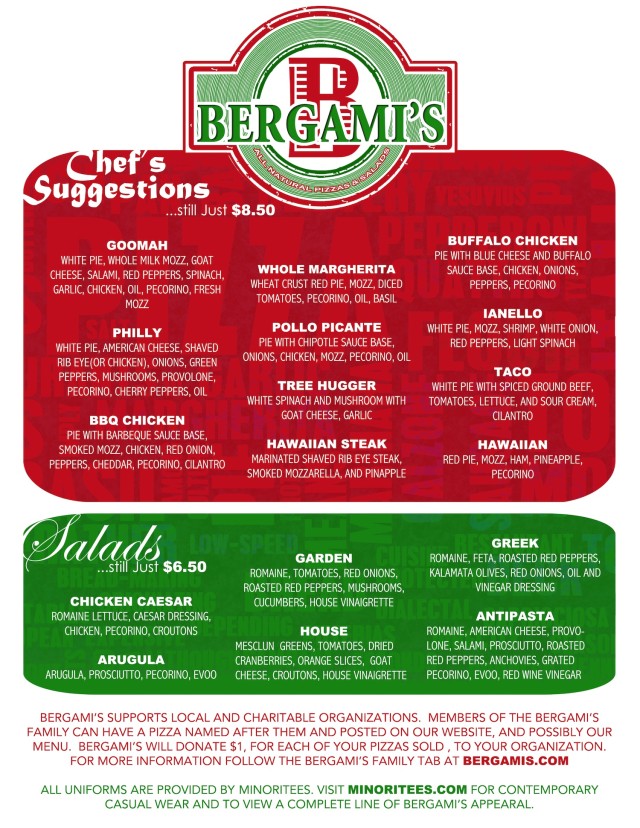 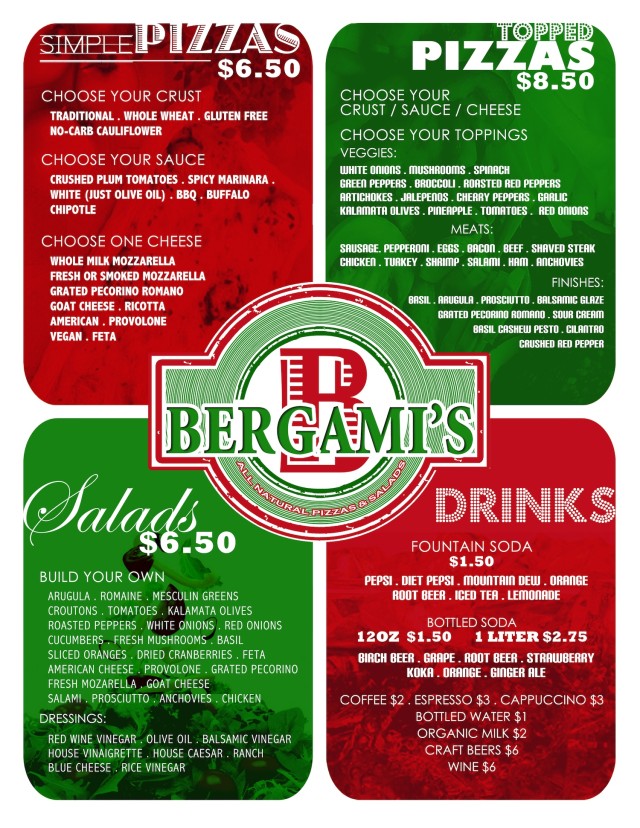