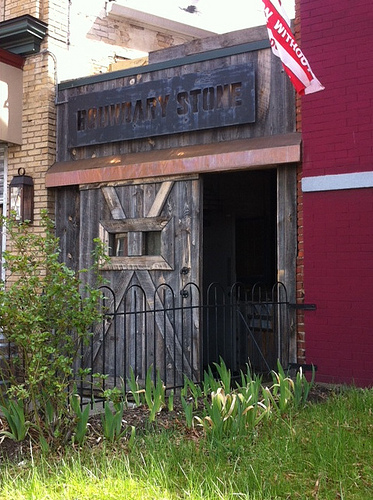 “the story….
For the past two years we have been pestering Boundary Stone to feature a cheesesteak special. The idea itself is conceptually mind-blowing…….DC’s very own Boundary Stone Public House of Note, relying on their Philadelphia roots, to produce a cheesesteak the likes of which DC has never seen.

Chef Vin and Co. always insisted they would love to do it but one detail kept them from creating this gift for the people…….THE BREAD. Chef Vin insisted a cheesesteak without a roll from Sarcone’s Bakery would never come out of his kitchen. This was indeed the truth.

Seasons past, springs turned to summers and summers to falls. Finally, we could bear it no longer. DC Brau co-founder and fellow Cheesesteak Enthusiast, Brandon (More-Cheese-Please) Skall agreed to drive to Sarcone’s in Philadelphia and pick up the freshly baked righteous rolls and drive them poste haste DIRECTLY to The Stone.

Read more →
More Stories
Eye of the Beholder…? “Tame Pet Rat” Found in Adams MorganSponsored: Win a massage class for you and your friends from Expertly Crafted Wellness