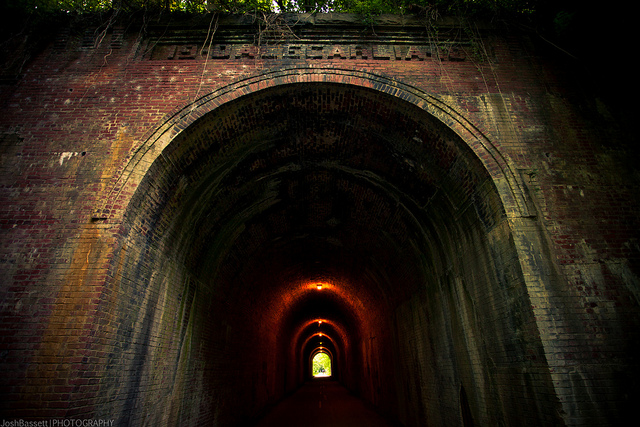 The DC Water Board of Directors yesterday approved the construction contract to build the First Street Tunnel, a key medium-term measure to address localized flooding in the Northeast Boundary neighborhoods including Bloomingdale and LeDroit Park. Constructing the tunnel was one of the recommendations of the Task Force on the Prevention of Flooding in Bloomingdale and LeDroit Park created by Mayor Vincent C. Gray after a series of floods last year.

Skanska/Jay Dee Joint Venture was selected based on technical score and cost proposal. The $157 million bid is for design-build, a contract type DC Water has been pioneering in recent years. Design-build allows for more contractor innovation and greater coordination with the contract owner. Design-build teams also assume a portion of the design responsibility.

This project consists of a 19-foot-diameter tunnel running under First Street from Channing Street to Rhode Island Avenue, NW. Slated for completion in 2016, the tunnel will store eight million gallons of stormwater, capturing it before it can make its way to the combined sewer system. The stormwater will be stored in the tunnel during rainstorms and pumped into the sewer system once the storms subside. This should help alleviate some of the sewer backups and overland flooding experienced in the low-lying neighborhoods; however, relief during the more severe storms will come in the final phases of the DC Water Clean Rivers Project.

Allen Y. Lew, Chairman of the DC Water Board of Directors and Co-chair of the Mayor’s Task Force, commented, “This is a significant component to the medium-term relief from flooding in these neighborhoods. We specifically went with a design-build contract to increase flexibility and to save time in order to meet our Task Force timelines.”

“It is imperative that we quickly initiate the second step in our three-step infrastructure plan to mitigate localized flooding,” said DC Water General Manager and task force co-chair George S. Hawkins. “I’m confident this team will get the tunnel completed on time, while at the same time minimizing the impact of the construction on the neighborhood.”

“Skanska-Jay Dee is honored to be awarded the DC Water Clean River project’s First Street Tunnel design-build contract,” commented Gary Almeraris, Project Executive, Skanska-Jay Dee. “We are committed to making a positive impact on the Bloomingdale and LeDroit Park communities and we take seriously our responsibility to deliver the finest product possible in a safe construction environment. Skanska-Jay Dee is a joint venture of two of the country’s oldest and most experienced tunneling specialist contractors, and we understand the complexities of heavy civil work in densely populated urban areas.”

More information on the Bloomingdale/LeDroit Park projects can be found at http://www.dcwater.com/workzones/bloomingdale/default.cfm”