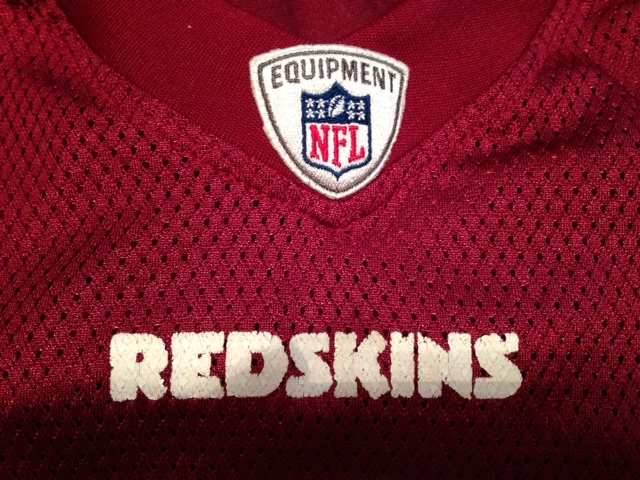 “To Everyone in our Washington Redskins Nation:

As loyal fans, you deserve to know that everyone in the Washington Redskins organization – our players, coaches and staff – are truly privileged to represent this team and everything it stands for. We are relentlessly committed to our fans and to the sustained long-term success of this franchise.

That’s why I want to reach out to you – our fans – about a topic I wish to address directly: the team name, “Washington Redskins.” While our focus is firmly on the playing field, it is important that you hear straight from me on this issue. As the owner of the Redskins and a lifelong fan of the team, here is what I believe … and why I believe it.

Like so many of you, I was born a fan of the Washington Redskins. I still remember my first Redskins game. Most people do. I was only six, but I remember coming through the tunnel into the stands at RFK with my father, and immediately being struck by the enormity of the stadium and the passion of the fans all around me.

I remember how quiet it got when the Redskins had the ball, and then how deafening it was when we scored. The ground beneath me seemed to move and shake, and I reached up to grab my father’s hand. The smile on his face as he sang that song … he’s been gone for 10 years now, but that smile, and his pride, are still with me every day.

That tradition – the song, the cheer – it mattered so much to me as a child, and I know it matters to every other Redskins fan in the D.C. area and across the nation.

Our past isn’t just where we came from—it’s who we are.

As some of you may know, our team began 81 years ago – in 1932 – with the name “Boston Braves.” The following year, the franchise name was changed to the “Boston Redskins.” On that inaugural Redskins team, four players and our Head Coach were Native Americans. The name was never a label. It was, and continues to be, a badge of honor.

In 1971, our legendary coach, the late George Allen, consulted with the Red Cloud Athletic Fund located on the Pine Ridge Indian Reservation in South Dakota and designed our emblem on the Redskins helmets. Several years later, Coach Allen was honored by the Red Cloud Athletic Fund. On the wall at our Ashburn, Virginia, offices is the plaque given to Coach Allen – a source of pride for all of us. “Washington Redskins” is more than a name we have called our football team for over eight decades. It is a symbol of everything we stand for: strength, courage, pride, and respect – the same values we know guide Native Americans and which are embedded throughout their rich history as the original Americans.

I’ve listened carefully to the commentary and perspectives on all sides, and I respect the feelings of those who are offended by the team name. But I hope such individuals also try to respect what the name means, not only for all of us in the extended Washington Redskins family, but among Native Americans too.

1) The highly respected Annenberg Public Policy Center polled nearly 1,000 self-identified Native Americans from across the continental U.S. and found that 90% of Native Americans did not find the team name “Washington Redskins” to be “offensive.”

2) In an April 2013 Associated Press survey, 79% of the respondents stated the Washington Redskins should not change their name, while only 11% believed the team’s name should change.

Paul Woody, a columnist for the Richmond Times Dispatch, interviewed three leaders of Virginia Native American tribes this May. They were all quoted by Mr. Woody as stating that the team name doesn’t offend them – and their comments strongly supported the name “Washington Redskins.” Also in May, SiriusXM NFL Radio hosted Robert Green, the longtime and recently retired Chief of the Fredericksburg-area Patawomeck Tribe, who said, among other things:

“Frankly, the members of my tribe – the vast majority – don’t find it offensive. I’ve been a Redskins fan for years. And to be honest with you, I would be offended if they did change [the name, Redskins….This is] an attempt by somebody…to completely remove the Indian identity from anything and pretty soon… you have a wipeout in society of any reference to Indian people….You can’t rewrite history – yes there were some awful bad things done to our people over time, but naming the Washington football team the Redskins, we don’t consider to be one of those bad things.”

Our franchise has a great history, tradition and legacy representing our proud alumni and literally tens of millions of loyal fans worldwide. We have participated in some of the greatest games in NFL history, and have won five World Championships. We are proud of our team and the passion of our loyal fans. Our fans sing “Hail to the Redskins” in celebration at every Redskins game. They speak proudly of “Redskins Nation” in honor of a sports team they love.

I respect the opinions of those who disagree. I want them to know that I do hear them, and I will continue to listen and learn. But we cannot ignore our 81 year history, or the strong feelings of most of our fans as well as Native Americans throughout the country. After 81 years, the team name “Redskins” continues to hold the memories and meaning of where we came from, who we are, and who we want to be in the years to come.

We are Redskins Nation … and we owe it to our fans and coaches and players, past and present, to preserve that heritage.

With Respect and Appreciation,

PS. Wherever I go, I see Redskins bumper stickers, Redskins decals, Redskins t-shirts, Redskins … everything. I know how much this team means to you, and it means everything to me as well. Always has. I salute your passion and your pride for the Burgundy & Gold.”