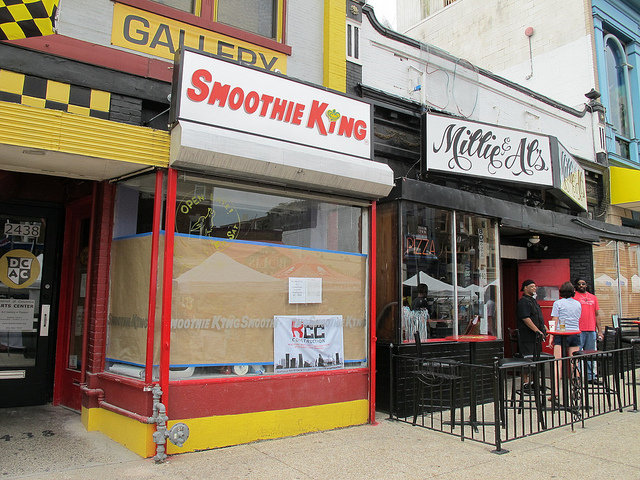 Smoothie King opened up in the former Alberto’s pizza space at 2438 18th St, NW back in April 2012. They’ve now closed on 18th Street but are still open at 1621 Connecticut Ave, NW. Word on the street is that a new Japanese restaurant is taking over the space and will be specializing in Donburi:

“a Japanese “rice bowl dish” consisting of fish, meat, vegetables or other ingredients simmered together and served over rice.”