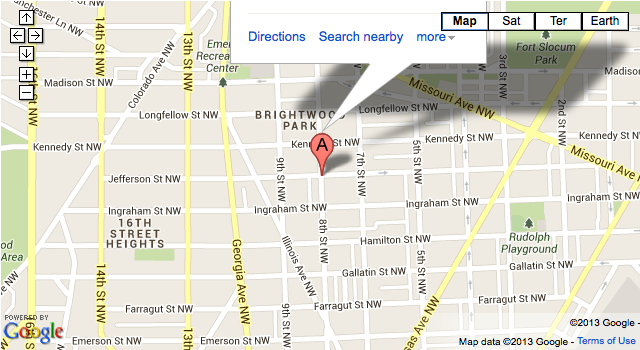 “Shortly before 4 AM this morning, an MPD officer was operating the light tower in the 800 block of Jefferson Street, NW, when he heard the sounds of gunshots coming from the 600 block of Jefferson Street, NW. The officer notified the police dispatcher and then entered the area to investigate. A complainant was located in the area suffering from a non life-threatening gunshot wound. The complainant was transported to a local hospital for treatment. Multiple officers canvassed the area for the suspects and evidence, and a handgun was recovered from the scene.

Suspect 1 is described as a black male, dark complexioned, 5’6″ – 5’7″ tall, wearing a gray/white sweatshirt and armed with a black handgun.

Suspect 2 is described as a black male, 5’6″ – 5’7″ tall, wearing a white T-shirt and blue jeans. He was also armed with a black handgun.

The suspects were seen fleeing in a black Cadillac with Maryland tags.

Fourth District detectives are investigating the case. Anyone with information is urged to call 202-727-9099.”