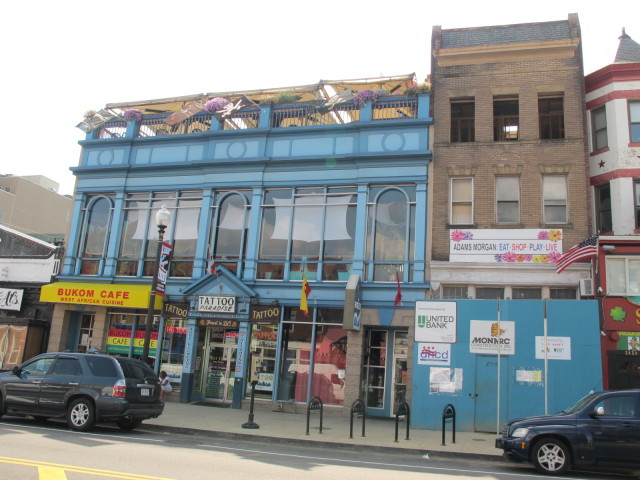 Last week we noted The Reef had been ordered closed indefinitely after a stabbing involving an employee. Late last week they had an ABRA hearing and a reader tells me that they hope to reopen later this week. WJLA also reports:

But now, the Alcoholic Beverage Control Board has a tentative deal with owner Brian Harrison, allowing The Reef to reopen. The bar would have to retrain its security personnel in controlling aggressive patrons, preventing alcohol consumption by minors, even preserving a crime scene.

According to the ABRA ruling:

“The Board approved the attached Offer in Compromise, 3-0 (Miller, Alberti, and Silverstein). The License remains Suspended until satisfactory compliance with additional security terms and conditions. Among other things, the Respondent must submit a Security Plan, install a camera security system and professionally train its security personnel. The next hearing is scheduled for August 22, 2013 at 3:00 pm.”

Following are the full details of the incident according to the ABRA public case file:

DETAILS:
The following investigation was initiated as the result of a telephone call to the ABRA Hotline received by Supervisory Investigator Craig Stewart, at 2:15 am., on Saturday, August 10, 2013, from MPD Sergeant Joseph Perren, who stated that a patron of The Reef had been stabbed. As a result, a MPD PD-251 report (CCN #13112842) (Exhibit #1) Was created and retrieved by Investigator Jones on August 10, 2013, from MPD 3rd District Station, dated August 10, 2013. The PD-251 states the following;

v C-l and C-2 reports that they became involved in a verbal dispute with S-1, who Works as security for The Reef (C-3), because they wanted to go upstairs.

0 S-l followed C-l and C-2 and struck C-2 with a closed fist and then put C-2 into a choke hold, taking him to the ground.

At this time noticed that S-l had a knife and attempted to intervene on behalf of C-2. Once C-l intervened, S-1 stabbed C-1 6 times, causing lacerations to the back of the neck, shoulder, arm, and side.

C-2 also sustained bruising and scratches to his face and arms.

C-l was transported to Medstar by DCFD Ambulance 21.

C-2 went to Washington Hospital Center on the same ambulance.

3D10 Detective Smith was on scene.

Mr. Harrison stated that on the night of this incidsnt:

c Five security members Were on duty at the establishment.

The establishment has a surveillance camera system, however the equipment had been cut off prior to
the incident.

Identiñcations were checked at the front door.

0 The Reef does not have a formal Security Plan, or Settlement Agreement.

Investigator Suero conducted a Regulatory Inspection, and no other ABRA violations were found.

On Saturday, August 10, 2013, at approximately 6:00 pm., MPD Chief Cathy Lanier issued a Notice of Closure for The Reef to Mr. Harrison. The notice summarizes the events of the night including the victims, receiving stab wounds to the back of the neck, and lacerations to the head and body. Chief Lanier stated that she is closing The Reef for 96 hours under the authority of D.C. OÍÍicial Code 25-827, in order to ameliorate the danger which the establishment presents to the public.