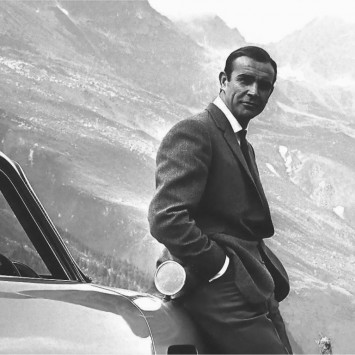 When Ian Fleming created the character James Bond he made him English to the core, from his Aston Martin to his quick wit and loyalty to the Queen.

Historian Jonathan Nashel contends that as Bond has become a global phenomenon something very curious has happened to 007: he has become an all-American hero. Nashel argues that as Bond was idolized by millions of American men during the Cold War, he set the standard for many of them — including President John F. Kennedy. Bond showed how a man should carry himself and especially how he should act when confronted with danger. And English or American, would James Bond have been as fascinating without the evildoers in his films?

Nashel will show how the evolution of Bond and his responses to these villains and threats influenced the values and morals behind US Cold War policy and affected the image of red, white, and blue Cold War masculinity.”