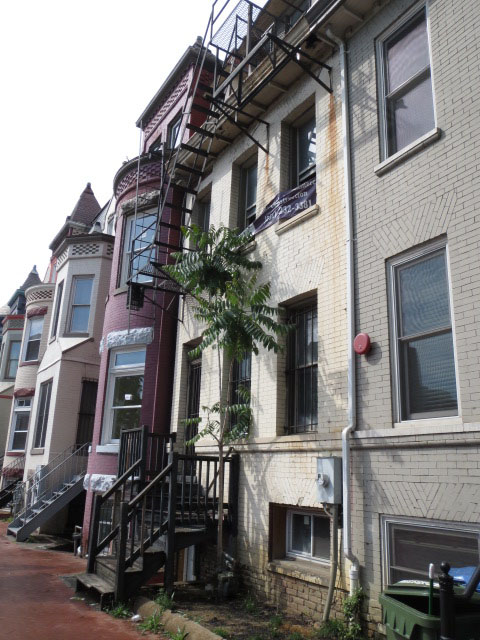 I’d like to nominate 537 Florida Ave NW for a Horse’s Ass Award. It’s right across the street from Shaw’s Tavern, so you’d think that the potential revenue alone would get a developer going on this thing. Not so much! It was bought in March 2012 by a developer, and has been pretty much dormant ever since. You can see right through it – it’s open to the elements at least in front (where it is without windows on the top level). That tree out front continues to grow, undermining the façade as it does. The rickety wood stoop may have seen better days at some point, but I’m not sure when that was. If the yellowed piece of mail hanging out of the door slot is any indication, nobody’s even been inside for a while. 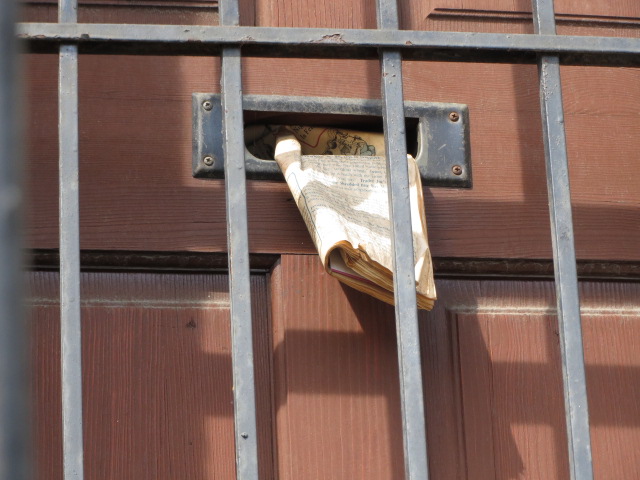 Exception number one: homeless people, who use the flimsy basement apartment entrance at will. I’ve seen them sleeping there, nestled just feet from the nearby bus stop. Exception number two: the rats, which I’ve seen clawing their way in with little care for anyone who may stop them. The strangest thing is that the houses on either side are perfectly fine – the one on the left is almost done being remodeled, and looks very nice!

The other thing that irks me – this place is being taxed at the normal tax rate. There’s a construction permit in the window from ages ago (probably from around the time they put that sagging banner up there). That must have been enough to keep DCRA from prying any further. They need to start prying again – this place clearly meets the criteria for blight.”