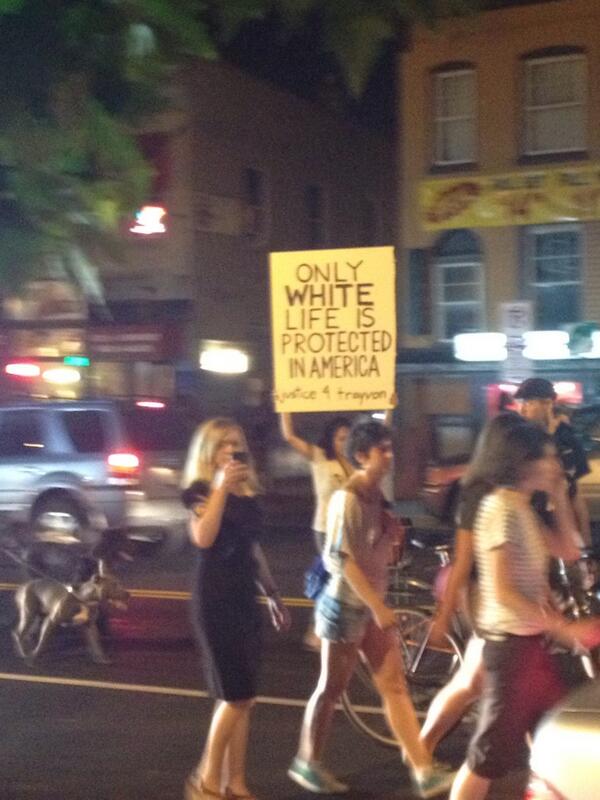 The photo above was tweeted to us after the Trayvon Martin verdict last night around 1:30am from U Street by ‏@lalaginger.

“Following nearly three weeks of testimony, a jury of six women in the George Zimmerman trial has found the former neighborhood watch volunteer not guilty of second-degree murder.

He was also found not guilty of the lesser offense of manslaughter, which the jury also weighed.”

Read more →
More Stories
4 Shot 2600 Block of Stanton Rd, SE; 1 Shot in the rear of the 800 block of Crittenden St, NW; Double Stabbing at 14th and Maryland Ave, NEHouse of the Day