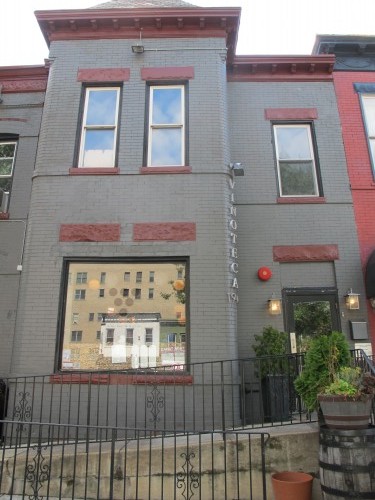 One of U Street’s favorite neighborhood gathering spots, Vinoteca has long been an active supporter of the local community and is hosting a ‘Dogs + ‘Tails charity promotion from June 2-9, raising money for DC’s City Dogs Rescue. Having just introduced its new outdoor PLAZA menu ofhousemade hot dogs and spring punches, Vinoteca will donate a portion of proceeds of all ‘dogs and”Dog Days” punches to City Dogs Rescue and will kick off the week-long promotion with Neighborhood Grill Out on Sunday, June 2.

Partnering with DC-based City Dogs Rescue, Vinoteca is raising money to help get adoptable dogs off the street and into loving owners’ homes. For one week from Sunday 6/2 to Sunday 6/9, Vinoteca will donate $1 for each of its popular new housemade hot dogs and “Dog Days of Summer” punches sold, to City Dogs Rescue.

Executive Chef Lonnie Zoeller hand-makes all of his own hot dogs which range from a classic frankfurter and DC-style half-smoke sausage made with local beef and pork, to a spiced-up veggie dog which can be topped with a variety of garnishes like pimento cheese, a sauerkraut + caraway mustard combo, or the classic ketchup/mustard/relish. And mixologist Horus Alvarez has created a special “Dog Days of Summer” punch made with gin, Montenegro Amaro, Dolin Dry Vermouth, fresh lemon juice and rosemary simple syrup, garnished with fresh cucumbers and strawberries, which will be offered throughout the week. 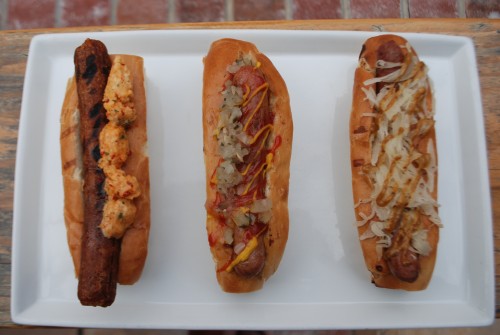 Kicking off the week-long charity partnership, Vinoteca will host a Neighborhood Grill Out on its charming backyard PLAZA bar on Sunday, June 2 from 3-8pm. Chef Zoeller will be grilling up hot dogs and Alvarez will serve up his “Dog Days of Summer” punch with $1 for each hot dog or glass of punch purchased being donated to City Dogs Rescue. City Dogs Rescue will have furry friends available for adoption on Vinoteca’s front patio, while the back PLAZA will offer Happy Hour all night for those who make a $10 donation.

There will also be a charity bocce tournament led by DC Bocce, with eight teams of four able to play-in for $50/team on Vinoteca’s oyster-shell court. Winners can take home prizes including dinner at Vinoteca, doggie daycare at City Dogs Daycare and more. Space is limited and teams/players should register in advance at www.dcbocce.com/home/VinotecaCharityTourney.aspx, or can sign up on-site if there is still space available.

Read more →
More Stories
Menchie’s Frozen Yogurt Signage Up at 12th and U St, NWHouse of the Day