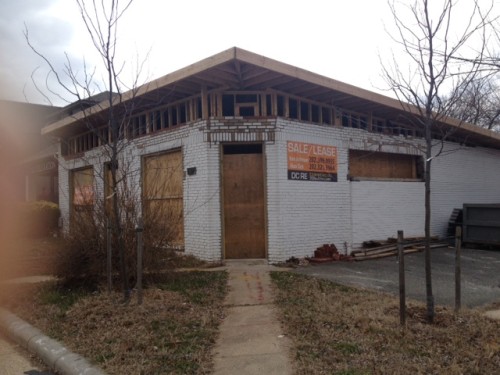 Following in the footsteps of Bloomingdale’s Big Bear Cafe comes an epic ANC/Neighborhood fight over the proposed liquor license for Brookland’s Finest. This is the new spot from the owners of The Pug (H St, NE), Solly’s (U St, NW) and Sova (formerly of H St, NE). On the Brookland listserv a huge debate has started over the decision of ANC 5B to protest the liquor license for Brookland’s Finest:

An fyi that during last night’s ANC 5B regular monthly meeting, ANC 5B voted in support of a resolution to protest of the alcoholic application of Brookland’s Finest Bar & Kitchen.

Individual persons wishing to formally testify or comment about this alcohol license application may do so at the 4PM August 14, 2013 ABRA Protest Hearing wherein all comments & protestants will be formally heard by the ABC Board.

For those who are unfamiliar their liquor license application, it says:

“Tavern serving American food with a seating capacity of 75 and total occupancy load of 99. Summer garden with 40 seats.”

We looked at their proposed menu here.

A change.org petition has already been started to support the restaurant:

The Brookland neighborhood is sorely underserved with regards to sit-down, family friendly restaurants. The restaurant Brookland’s Finest will fill this need, and take over a blighted property that has been an eye-sore for some time. In addition, the business will create jobs, and serve as a gathering place to further establish a sense of community. Without a liquor license, it will be very difficult for the business to operate profitably.

I’m Tony, one of the proprietors of Brookland’s Finest. I want to first extend a huge thank you to those of you who have reached out with your support and encouragement. For those of you who haven’t seen any of my previous emails, or received a flier from me, I have lived at 1016 Kearny St for over 10 years with my wife, and we now have three children ages 6, 4, and 2. We have done our best to reach out to the immediate neighbors on Kearny, Jackson, Irving, and 12th streets. On all those fliers, I’ve included my phone number and email adress. Except for basic letters of encouragement, I believe I’ve responded to all questions I received. I am more than happy to meet with any individual or group who has concerns.

After the BNCA meeting, at which I addressed many of the questions being posed here, a group of 12th street residents decided to get together to create a concise list of concerns we can respond to. The ANC protest has unfortunately brought lawyers into the equation so now a lot of our communication will have to be sent to the law office. Hopefully next week we will meet with the group from 12th street. We have tried to be as open and available as possible. We did go door to door to those households on 12th, Kearny, Jackson, and Irving and distributed fliers about the BNCA meeting as well as an introductory flier about our business.

I will freely admit that i’m not the most tech savvy person so I sometimes am not sure which list serv my messages come from . If I missed an email from you, my apologies, but please get in touch again and we can arrange a time to sit down and talk.

I want to stress that I am pursuing this business as a fellow resident of Brookland and father of three young kids. I love this neighborhood and would like to bring a nice establishment here where we can eat and socialize with our neighbors. I live one block from the location and understand the concerns many of you have.

Thanks for your time.

Updates as the process moves forward.

Ed. Note: For those who are frustrated – remember, Big Bear ended up getting their liquor license.