If anyone grabs a photo please send to princeofpetworth(at)gmail

Thanks to all who sent photos: 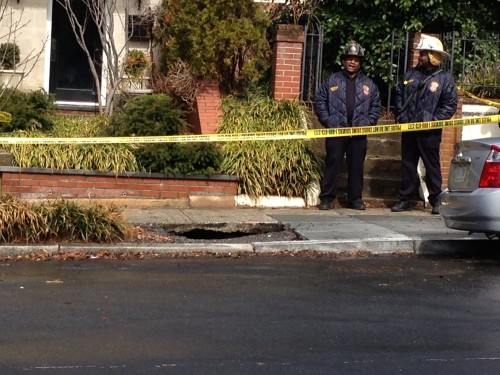 “It wasn’t huge but they were towing the cars that were in the immediate vicinity.” 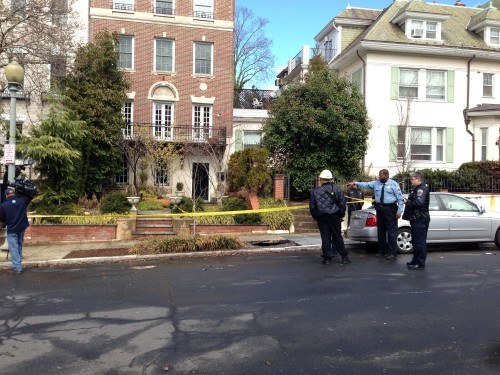 “Tiny sink hole. Dc police and fire are on scene. Towing cars too. Everyone seems calm but nobody is allowed on the street itself near the hole.”

Close up from Lydia: 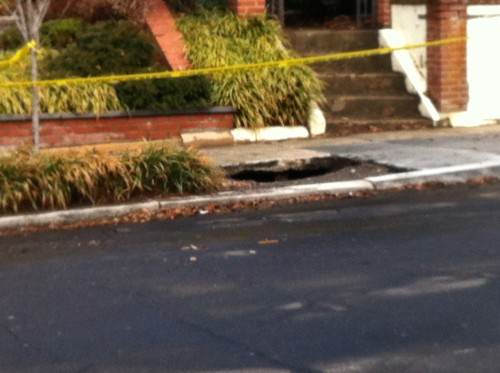