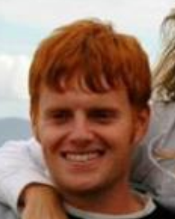 Poe is described as a white male, 5’11″ tall, and weighing approximately 175 pounds. He has red hair and hazel eyes.”

“D.C. Police confirmed that the man found dead inside of a ventilation unit is Michael Steven Poe, 23, who was reported missing after New Years Eve.”

Read more →
More Stories
The 5pm Post – From the Events Calendar, PoP Picks…House of the Day