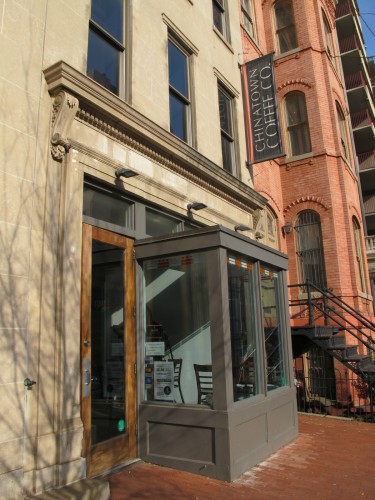 What: Astro Doughnuts & Fried Chicken, opening in Metro Center, will host an inauguration-themed doughnut pop-up at local indie coffee shop, Chinatown Coffee Co. In honor of President Barack Obama’s inauguration, Pastry Chef Jason Gehring will serve ‘Obama Then’ and ‘Obama Now’ doughnuts. During his 1st campaign, the President was known to love chocolate covered caramels with smoked sea salt. It has been reported that he is now eating more healthily, but is known to enjoy trail mix. This has lead Chef Gehring to prepare two different doughnuts, which will be available during the pop-up:

Additional doughnut varieties available for sale on both days include:

When: Friday, January 18th at 8:30 a.m. and Saturday, January 19th at 10:00 a.m. ***300 doughnuts will be available each day. Doughnut orders will be limited to no more than six per person, so that those who have waited in line will be able to order.