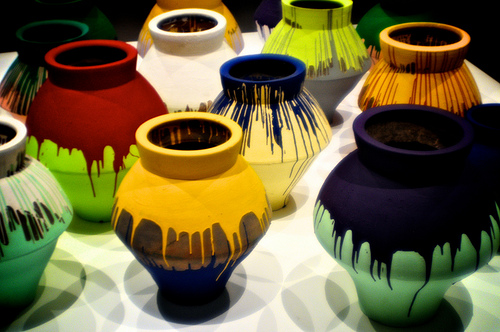 Mayor Vincent C. Gray announced today that the District’s Adams Morgan and U Street NW neighborhoods were together selected as one of America’s Top 12 ArtPlaces by ArtPlace, a collaboration of leading national and regional foundations, banks and federal agencies committed to accelerating “creative placemaking”— putting art at the heart of a portfolio of strategies designed to revitalize communities.

“I am thrilled that ArtPlace has selected the Adams Morgan and U Street neighborhoods together as one of its Top 12 ArtPlaces in the nation,” said Mayor Gray. “This recognition affirms the investments we have been making in the District’s livability and sustainability as well as the investments we’ve made in our creative economy by supporting artists, small businesses, cultural non-profits, retail and restaurants. These individuals and institutions, in turn, improve the District’s quality of life by creating safe, convenient, unique and thriving neighborhoods.”

The 12 recognized communities across the nation were identified as having successfully combined the arts, artists and venues for creativity and expression with independent businesses, restaurants, and a walkable lifestyle to create vibrant neighborhoods. Neighborhoods in 11 other cities also received this distinction, including Dallas; Los Angeles; New York City; Portland, Ore.; San Francisco; and Seattle.

Mayor Gray and ArtPlace Director Carol Coletta were joined by officials from the D.C. Office of Planning (OP) and the D.C. Commission on the Arts and Humanities for the announcement and a walking tour of Adams Morgan and U Street arts businesses and organizations.

America’s Top ArtPlaces is a new annual ArtPlace initiative recognizing neighborhoods in the largest 44 metropolitan areas in the country where the arts are central to creating the kinds of places where people want to be. The complete list is available for download here.

“ArtPlace recognizes what we have known for some time – that our creative economy strengthens areas across the District and that our investments in walkability, transit, retail and sustainability and our focus on small-business development and job creation all combine to produce vibrant and talent-filled neighborhoods,” said OP Director Harriet Tregoning.

This announcement is the second time ArtPlace has recognized the District for its leadership in supporting the role of arts in the creative economy. In 2011, OP received an ArtPlace grant of $250,000 to fund Arts and Culture Temporiums in four emerging neighborhoods: Anacostia, Brookland, Deanwood, and Central 14th Street NW (Spring Road to Longfellow Street NW). The Temporiums, which included LUMEN8Anacostia, DeanwoodXDesign, ARTLand Brookland and several events along Central 14th Street, took place in the summer and fall of 2012.

ArtPlace is an initiative of national and regional foundations, various federal agencies, and major banks to accelerate creative placemaking across the U.S. ArtPlace provides grants and loans, supports research and conducts outreach and advocacy. To date, ArtPlace has awarded 80 grants for a total of $26.9 million to 76 organizations in 46 U.S. communities.