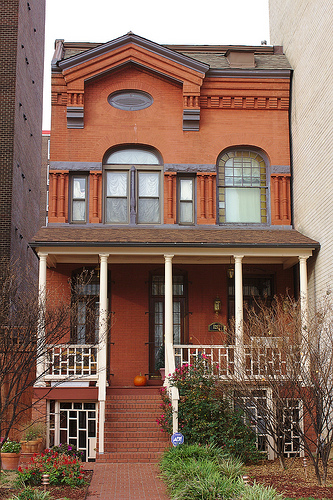 Jeremy Barr is a writer and journalism student. A native of suburban Maryland, he now lives in Mount Vernon Square.

At first, it seemed easy. Craigslist, I was told, is the best way to find a room to rent in this city. Intent on finding a moderately-priced option in a “good,” “pretty good,” or “up-and-coming” area, I scoured the site, sending introductory emails when listings met my criteria.

And then I waited. And waited. I soon realized that the process of getting into a group house in D.C. is as painful — if not more so — than landing a coveted job. Such was my experience in the three separate times I sought housing over the last two years.

I may have only scored a 2 on my Advanced Placement microeconomics exam, but I understand the concert of supply and demand. And in D.C., there is significantly more demand for rooms than there is supply.

As such, in the same way that job seekers are told to “stand out” in cover letters, so to are prospective roommates when emailing listers. The goal, I learned, is to check all the boxes — “correct” age, employment status, etc. — while also putting yourself outside the box. So, while I was happy to report to prospective housemates that I attended a “name-brand” university, was in my early/mid 20s, and was gainfully employed, I was sure to weave in my time teaching English in Hungary and backpacking through Eastern Europe.

I learned quickly to cast a wider net in my search than I would have liked. In one ad I responded to, for a house between Mt. Pleasant and Columbia Heights, prospective roommates were informed that they might be compelled to engage in a foot-race to “win” the room. Ultimately I decided that I could find less insufferable (more sufferable?) people to live with, and, more importantly, that I probably wouldn’t win the race if it came down to it.

More so than to entertain your readers, the goal of these emails is to get an “interview,” a chance to see the room, see the house and, most importantly, meet the housemates. As the saying goes, for every 10 resumes you send, you get one interview. The same is true for Craigslist housing interviews. In my three housing searches, I estimate that I sent close to 250 emails and only heard back on about 20-25 of them.

In one experience, an “interview” turned out to be less personal than I was lead to believe. At 9:00 p.m., I showed up at a group house in Adams Morgan. I ended up being one of five guys, all a little startled and surprised to see one another. After a cursory tour of the house’s dusty and rundown ground floor, I headed for the door. As I turned to leave, a roommate asked me why I was ducking out early. “You already have several of me here,” I said, having noticed that almost all the prospective roommates had boxy glasses and facial scruff.

The eight or 10 interviews I did were strikingly similar. After a 10 minute-long room and house tour, I sat down in the living room with my potential roommates. I normally was given a chance to make a short opening statement — just the basics — before the roommates started posing questions. “What do you like to do on weekends?” “What are your hobbies?” “Do you cook?” I quickly learned the importance of being able to say “yes” and “no” to every question. ‘Yes, I cook (read: I am a foodie and will watch ‘Top Chef’ with you), but not every day (read: Don’t worry, I won’t clutter up the kitchen all the time). ‘Yes, I like going to bars on weekends (read: I have friends and social skills), but I don’t go out much during the week and don’t get too drunk (read: I am responsible, mature and won’t vomit on our couch).

After an interview, I would send a “thank you” note, just as I would after a job interview. And even when I did well, it generally wasn’t enough to get me into the house. On several occasions I was told that, while the roommates liked me, they ended up giving the room to a friend of a friend. Or a third cousin of a roommate. And, while I wanted to, I couldn’t blame them. Picking a known entity seems safer than picking a likable person you found on the internet.

In my case, after months of frustration and emails, I lucked into the same situation. In January, a colleague informed me that she had a room opening in her group house in Mount Vernon Square. After a quick chat with the roommates, I was in. No need to answer questions about my politics, relationship status or social sport preferences.