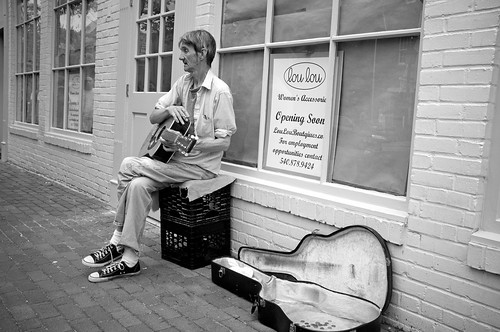 So “Empire State of Mind,” “New York, New York”–okay, we get it. A lot of people love NYC and want to sing about it. Okay, a lot of people, obviously, as there are hundreds of songs about New York City.

But what about us? We are the most powerful city on Earth. Shouldn’t we get something?

DC has a lot of great music, obviously. Bluegrass, hard core, go go, hip hop, jazz, and even opera. In fact, I’d put DC music up against just about any music scene in the country, if for no other reason than its eclecticism.

But songs about Washington? There we are a little slim.

Sure, there’s Parliament’s “Chocolate City”–but that’s just cool because it’s Parliament. But that pales in comparison to NYC, which has 22 songs about it that start with the letter “P.”

So let’s co-opt a song. I am willing to use my power and influence as Lord of Petworth to unilaterally decree a song as DC’s theme song–but I’d like your help in picking. If you were going to adopt a song for Washington, DC–a theme song–what would you pick and why?

via google maps From MPD: “On 9/18/21 at approximately 9:12pm, Fourth District Units responded to the 1300 block of Nicholson Street, NW for the report of a shooting. Upon arrival,…

photo by Mark Andre Thanks to Mark Alan Andre for sharing these awesome photos this morning: