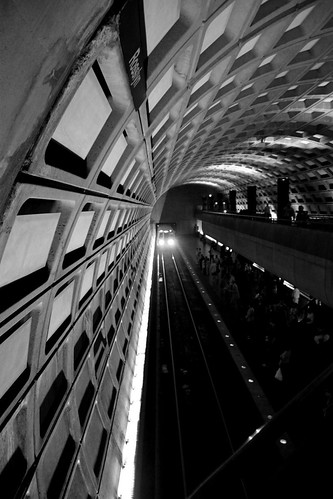 Thanks to a reader for the heads up. Sadly these incidents are all too common of late. From a WMATA press release:

The McPherson Square Metrorail station is closed temporarily while Metro Transit Police conduct an investigation into a fatality on the tracks. Free shuttle buses are taking customers around the incident at Federal Triangle, Metro Center and Farragut West Metrorail stations. Trains are going through the station without stopping to pick up or discharge customers. McPherson Square serves both the Blue and Orange Lines.

The preliminary police investigation indicates that at 8:35 p.m. (November 16) a man intentionally placed himself into the path of an oncoming Blue Line train that was headed in the direction of Franconia-Springfield Metrorail station. He was struck by the train and died of his injuries.

Police officials are continuing their investigation. The station is expected to reopen later tonight and will be open for regular service on Tuesday morning.