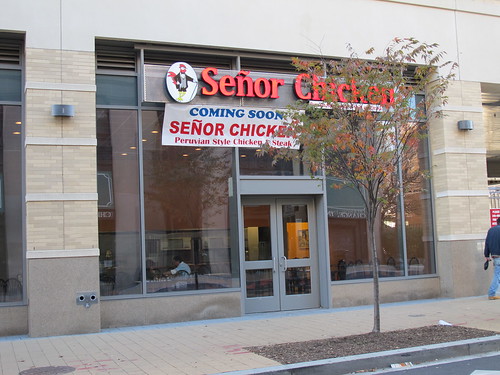 There have been some false reports today that Senor Chicken has opened up on Park Road just west of 14th Street in Columbia Heights. On Sunday I saw some folks in the store but the doors were locked. While talking to them through the window they said they were not open but would be opening soon. I said, next week? They replied, soon. I walked by today at 1:30pm and the door was locked but there was soda in the fridge so they should be opening any day now.