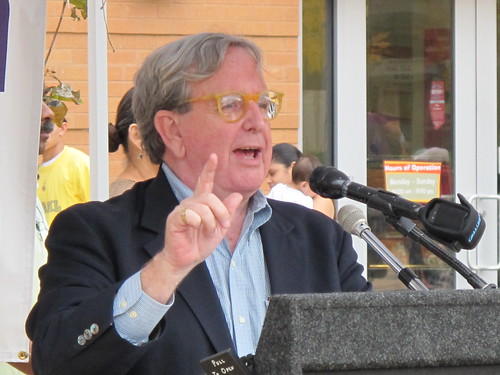 “We should all be proud of the progress we’ve made,” Graham said in the email, “But there is more work to be done addressing the challenges created by these tough economic times.”

Graham was first elected to the D.C. Council in 1998. In 2006 he won re-election with 86% of the vote in the Democratic primary and 97% in the general election.

“Ward One is home to the most amazing people I have ever met,” said Graham. “In Ward One there is an abundance of great ideas, hope and hardworking people with a shared commitment for a better future. We are faced with challenges everyday, but we tackle them by working together and building on our accomplishments. It is an honor to represent the residents of Ward One.”

Support for Graham across Ward One –the most culturally diverse ward in D.C.– is indicated by the backing of an overwhelming majority of ANC Commissioners including, in a preliminary list, support from 5 of the 8 ANC Commissioners in Adams Morgan. Tenant leaders in the big buildings lining 14th Street and key Ward 1 business leaders including Kamal Ali of Ben’s Chili Bowl, Andy Shallal of Busboys and Poets, and Constantine Stavropolous of Tryst/Diner have endorsed Graham.