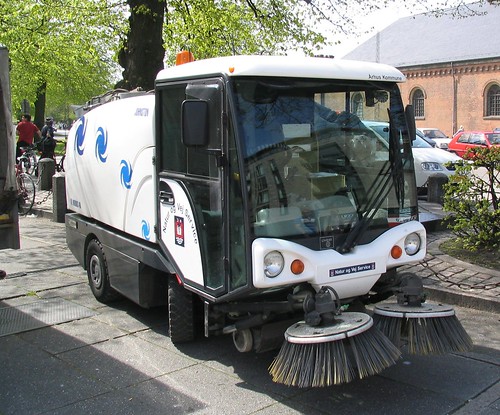 It seems like the city has ended street cleaning quite abruptly this year. I received this message on the U Street Email list and thought it would be helpful for others to know to not pay any street cleaning tickets they may have received since Friday November 6th:

A Message from DPW Director William O. Howland, Jr. on the Suspension of Street Sweeping, as of Friday, November 6:

“I made the decision at 12 noon on Friday (November 6th) after watching a street sweeper on its route. There was a trail of leaves behind the sweeper. I then went to the shop to see if the mechanics could modify any part of the sweeping mechanism so that we could continue the program through November 20th. Unfortunately they could not. The manufacturer changed the design of the sweeper on the newer models.

“It just didn’t seem to make any sense to continue the sweeping program when we were not doing an effective job. A lot of folks move their vehicles for the program. It seemed to be the right thing to do to give them some relief even if I didn’t give them a lot of notice.

And I just saw the following from CM Graham:

“I want to thank those that called and wrote my office yesterday regarding street sweeping and tickets.

Here is what we know. There was much confusion caused by the Dept. of Public Works’ quick decision to suspend street sweeping last Friday. This resulted in very little warning to residents as there was only one announcement of the decision.

This week, tickets were issued to residents who moved their cars to comply with sweeping regulations unaware that cleaning was suspended. In all of these cases, residents receiving tickets lived on streets where parking was allowed on one side only, except on days of street cleaning. I requested and received assurance that the Dept. of Public Works will review and dismiss such tickets. Only tickets issued for violating a date and time restricted zone connected to the same day of street cleaning will be rescinded.

If you have received such a ticket, please contact Ms. Nancee Lyons at the Dept. of Public Works for help. Send the ticket information to [email protected]”