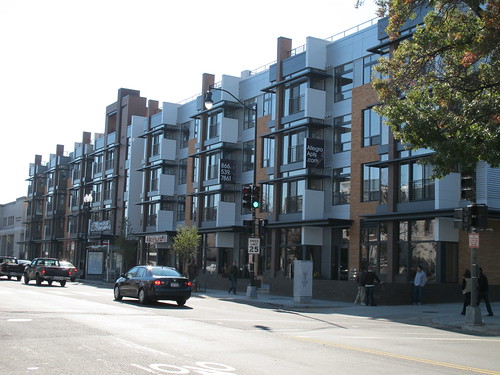 A week ago a tenant of the Allegro wrote in inquiring about the foreclosure and whether or not it would have an impact on the residents. The Washington Business Journal reports that it sold for $77.5 million to FCP:

“FCP was founded by two former managers of the real estate fund at The Carlyle Group, Esko Korhonen and Lacy Rice. The company has dabbled in office and retail properties but has hung its hat to this point on residential developments in Montgomery County and Prince George’s County. The Allegro is one of the company’s first residential projects in D.C. “We think it’s a great project really and we’re really very excited about it,” said Stephen Walsh, FCP senior vice president of capital markets. Walsh said the company had no immediate plans to reposition the building. “Obviously it’s renting up right now so there is no current plan,” he said.”