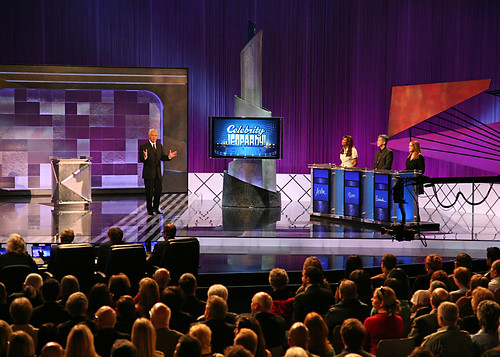 “I know that Jeopardy! gets a good share of Washingtonians, but I don’t know how often Columbia Heights is represented on the show.

This Monday, October 5th, I’ll be a contestant on Jeopardy.

We are gathering in the main downstairs dining room of Nellie’s Sports
bar on U street, NW (be sure to ask for the Jeopardy party at the
front door). The show starts at 7:30, but we’ll get there a little
earlier to take advantage of some drink specials. Nellie’s has great
bar food (try the corn dogs!) so come early, come thirsty and be sure
to have a few drinks before I show up in high definition! I hope
you’ll stop by!