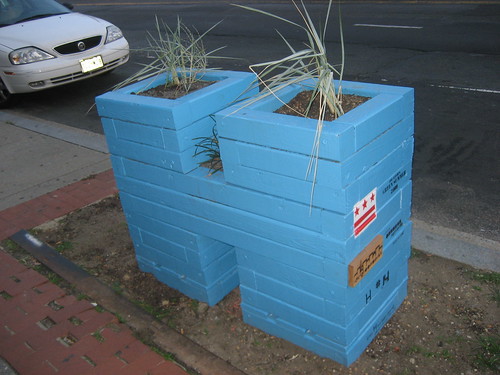 “H Street Country Club (1335 H Street NE) will be the proud home of the DC Amateur Skee-ball League (DCASL). Beginning Nov. 15, teams of five will battle the best DC has to offer for a chance at glory, skee-ball greatness and discounts on drinks and food. The League will host games at H Street Country Club every Sunday and Tuesday night for five weeks. Once a week, each team will play two games to determine final rankings. The season will culminate with a one-day playoff and championship challenge.

The first DCASL champion will hoist the DC Skee-ball Cup in January 2010 and cement its name in history forever. The league is looking for teams now. To join, team captains can email the DCASL Commissioner at [email protected] The deadline to sign up a team is November 2, 2009.” 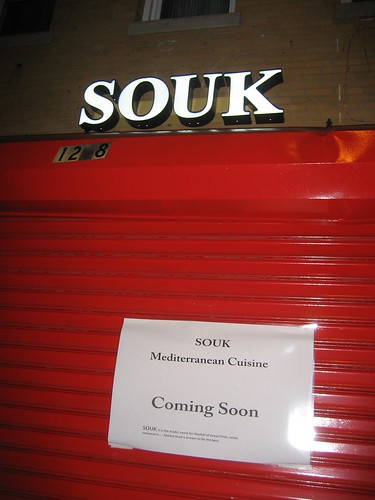 A couple of weeks ago I wrote that a new restaurant, Souk, was coming soon to 1208 H Street, NE. Thanks to a reader for sending the word that they’ve opened. There’s already a couple of positive review up on Yelp.

“Come join us in the Atlas District on H Street for a night of fun under the stars on October 30, 2009, as we honor the memory of Michael Jackson by dancing together to his iconic Thriller video.

Thriller on H is part of H Street’s celebration of Dia de los Muertos, the traditional holiday celebrating our departed friends, relatives, loved ones, and the important people in our lives.

Thriller on H will take begin at 9:00 PM in the parking lot of the Auto Zone at 1207 H Street, NE, with music, door prizes, and a Moonwalk contest.

It is sponsored by Joy of Motion Dance Center, the Atlas Performing Arts Center, H Street Main Street, and the Auto Zone.

Don’t know the moves? No worries! Take the Thriller Class at Joy of Motion at the Atlas at 7:00 PM to learn the steps to this famous dance. The workshop is $20 for adults, $10 for kids.

Then head over to the parking lot with us to join the crowd at Thriller on H!

Register for the Thriller Class at http://www.joyofmotion.org/concerts.php

While we encourage you to learn the dance moves, there is no need to attend the workshop to participate in the performance and the fun at this family-friendly event.

Come early or stay late to enjoy the great restaurants and entertainment venues in the exciting Atlas District of the H Street Corridor. There are special events, menus, discounts, and programs to increase your fun and enjoyment, as you see H Street decorated for Dia de los Muertos.

The fun will continue throughout the week and weekend. Wear your best costumes and join the fun!”

Industry Gallery will offer unique and limited edition works that blur the boundary between experimental art and practical design.”Many of the artists I will show have works in major museums collections, and are producing pieces that are highly soughtafter by collectors in the rapidly expanding area of contemporary design,” said Craig Appelbaum, director of Industry Gallery, who has been a collector and private dealer. “In the past decade the field has grown considerably as measured by the increasing number of museum exhibitions, international art fairs such as Design Miami and S.O.F.A., and attention by major international auctions houses including Christie’s, Phillips and Sotheby’s.”

Industry Gallery will occupy 4,300 square feet at 1358 Florida Avenue, NE, in the same building as Conner Contemporary. “Conner has helped make Washington, DC a destination for contemporary art connoisseurs, collectors and curators – my intention is to make this city a destination for aficionados of design, too,” said Appelbaum. In addition to single artist exhibitions, the gallery will maintain an inventory of works by noted artists such as the Campana Brothers, Shiro Kuramata, and Atelier van Lieshout.

A special event will be held in the new Industry Gallery space featuring Fixation, curated by Pinkline Project and Ten Mile Square, in conjunction with the opening of Koen Vanmechelen at Conner Contemporary on Saturday November 7, 2009 from 6 p.m. to 10 p.m.”