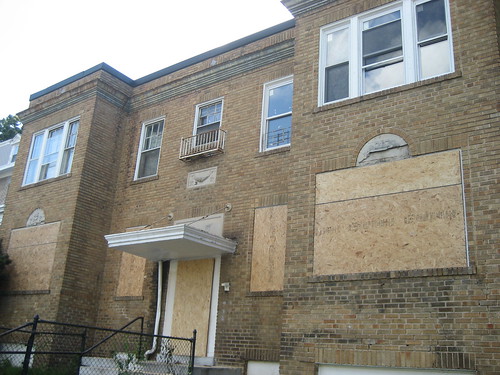 I just noticed as I drove by the corner of 7th & Varnum that the apartment building at 4226 7th Street NW has been boarded up. It’s an apartment building that has had its share of police activity and possible prostitution going on inside.

Do you know anything?”

I walked by and spoke to a resident who was outside. He said the building was vacated Friday evening around 8pm. He also believes the entire building is going to be demolished. That appears likely as there was a sign proclaiming the structure unsafe. 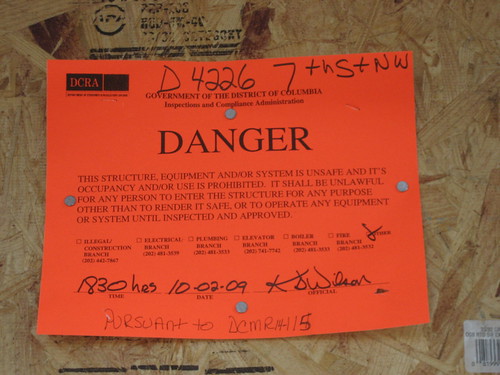