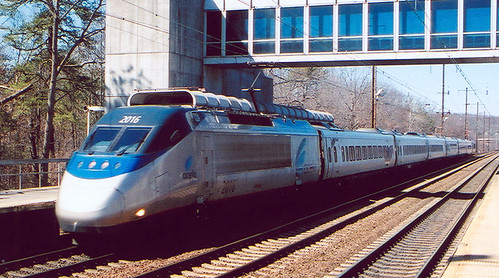 A Metro complaint and a question for you and your readers: I flew into BWI tonight and caught the last B30 bus to the Greenbelt station. According to the timetable (http://www.wmata.com/bus/timetables/md/b30.pdf) the B30 is supposed to arrive at Greenbelt at 11:21 – in plenty of time to catch the last train. However, our driver spent a long, long time at each of his first stops (which are supposed to take a total of 6 minutes with driving time) and our bus didn’t arrive at BWI until 11:36, which means I missed the last train by 7 minutes. 5-10 others were stranded too, but unfortunately they weren’t going to the same part of DC as me, so I had to catch a cab on my own to get back to Petworth, and the damage came to $35.

My questions:
1) Has anyone had this happen before (the B30 bus cause you to miss the last train)?
2) Is it even worthwhile to complain to Metro? If so, what’s the most effective way?
3) Are there alternative ways to get from Greenbelt into town to avoid cabs?”

Wow, that’s pretty damn frustrating. But I think it falls under the shit happens category. I don’t think it would be worthwhile complaining to metro. What’s your best method of traveling from BWI to DC?