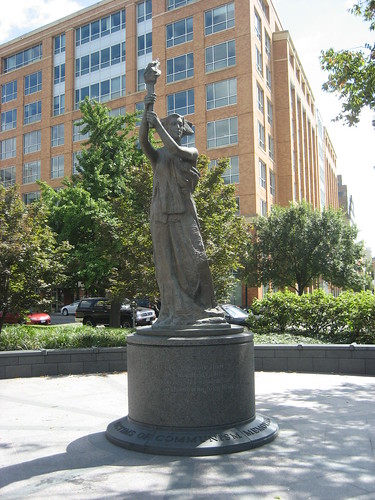 This is a relatively new memorial dedicated in 2007. From their Web site:

“The Victims of Communism Memorial was dedicated by President George W. Bush on June 12, 2007. The dedication ceremony featured the unveiling of the “Goddess of Democracy,” a bronze replica of a statue erected by Chinese students in Tiananmen Square, Beijing, China in the spring of 1989. Many world leaders have already visited the memorial site to pay their respects and lay wreaths. It is located at the intersection of Massachusetts Avenue and New Jersey Avenue, NW on Capitol Hill in Washington, D.C.”

more stories
Previous
Sweet Carriage House
Next
Any Fans of the Postal Museum?