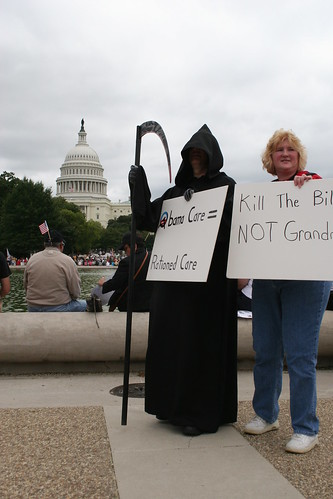 “Protesters who attended Saturday’s Tea Party rally in Washington found a new reason to be upset: Apparently they are unhappy with the level of service provided by the subway system.

Rep. Kevin Brady asked for an explanation of why the government-run subway system didn’t, in his view, adequately prepare for this past weekend’s rally to protest government spending and government services.”

Or does anyone think this is a valid complaint?