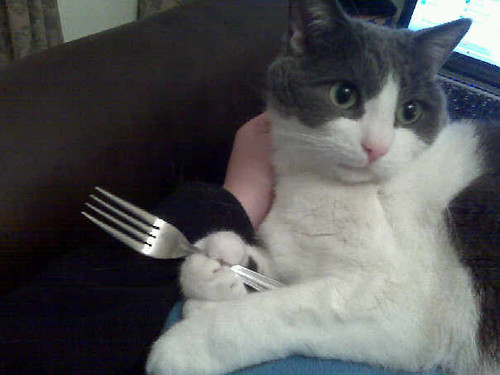 Ike pulled out the victory with 51% of the vote. It was a tough fight with the lead going back and forth between Ike and Dr. Dre. Now for 2010 I’m going to assemble a panel of 5 judges to select the winner. The polls proved far too easily manipulated. But as I’ve said before, all the contestants were great and brought many smiles to PoPville. Now one of the nice things about being the editor of this blog is that it entitles me certain prerogatives. I don’t often use them but in this case I will. I have decided to make an editor’s pick – coolest pet in popville as well. And I’m happy to bestow the editor’s pick to Dr. Dre: 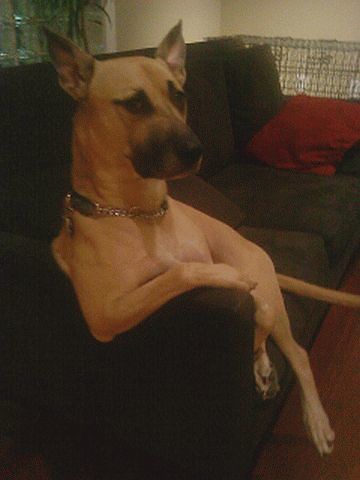 I know that may sound a bit weak but I can’t wait to see Dr. Dre on a t-shirt. So as Ike is the people’s choice – he will be featured on a t-shirt as the people’s choice for coolest pet in popville 2009. Dr. Dre will be featured as the editor’s choice for coolest pet in popville 2009. Now I am going to provide Ike’s owner with a free t-shirt. But I need to know how many shirts to order. Please specify if you are interested in an Ike or a Dre shirt.