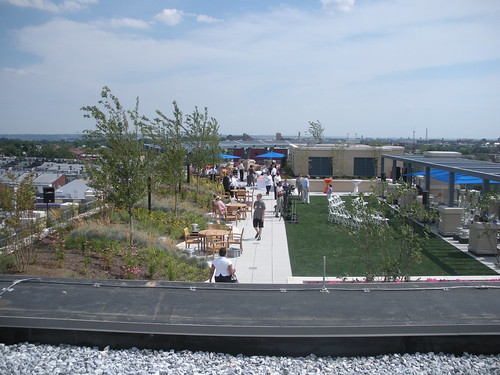 “Capture DC Life, an engaging short film contest and viewing event designed to call attention to the visual excitement of the city, is now accepting submissions at www.CaptureDCLife.com through Friday, September 25. The winning films will have their world debut at a premiere party October 8 celebrating the official grand opening of Park Place Apartments at Petworth Metro.

The short films should depict an aspect of life in the Washington, D.C., area as seen through the lens of the filmmaker.

The winners of the Capture DC Life short film contest will be announced the evening of Thursday, October 8, as the highlight of the rooftop terrace grand opening party for Park Place Apartments at Petworth Metro — a 161-unit apartment building located within walking distance from Columbia Heights at 850 Quincy Street, NW.

“We believe that the Capture DC Life film contest will showcase many of the unique and bold aspects we’ve strived for with this project, and that presenting diverse views of DC lifestyle is the perfect match for celebrating the official opening of Park Place Apartments,” said Chris Donatelli, president of Donatelli Development, the Bethesda-based developers of the property, which is managed by Bozzuto Management.

“The apartments represent transit-oriented development at its best, with direct access to Metro and dynamic interiors that reflect the excitement and renewed energy that are the foundation of what is happening in the DC and Petworth neighborhood,” he added.

Capture DC Life film contest guidelines, as well as details on how to RSVP for the October 8 Grand Opening Premiere of Park Place Apartments at Petworth Metro, are immediately available at www.CaptureDCLife.com.”

Full Disclosure: CaptureDCLife is an advertiser on PoP.