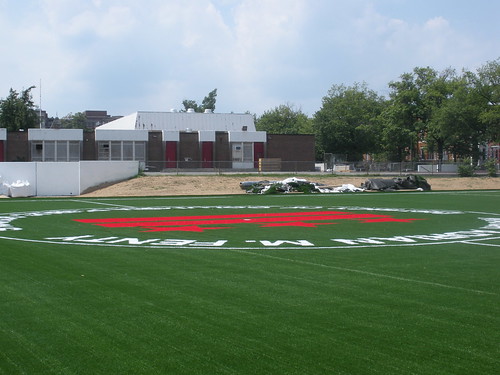 I’ve been getting a number of emails that the turf has been installed at the Tubman school located off 11th Street between Irving and Kenyon. Here’s what it looked like a month ago. So how do you think it looks? The photo doesn’t show it that well but there is a big DC flag in the middle with Fenty’s name up top.

But I have some more questions.

I received the following on twitter at 6:30ish Tues. evening:

So was anyone at Wonderland at that time and also saw what happened? Were they actually insisting on playing even after MPD showed up? I’m wondering if they were just told that the field wasn’t finished yet. Were they arrested? When the field is properly finished will people be able to play soccer there like before? Is a turf field like this hard to maintain? Will pick up soccer games destroy it? 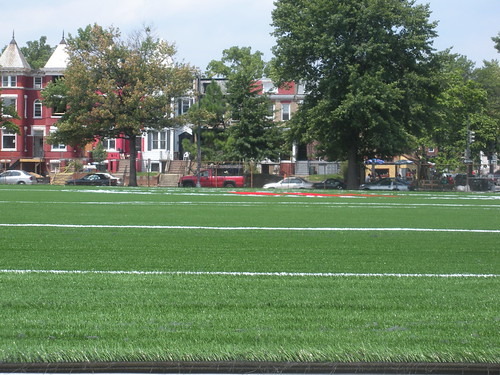